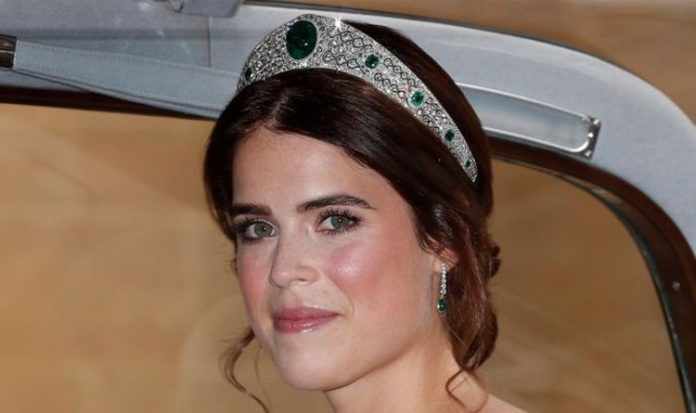 The Queen’s granddaughter originally posted the picture on June 27 for International Scoliosis Awareness Day. Eugenie was widely praised for her move to help remove the stigma associated with scars and other physical injuries.

On Thursday as an Instagram story the Princess posted: “Earlier this year I shared this pic of my scar.

“I was sent a lot of photos in response and I wanted to share some with you today as my #throwbackthursday.”

She later added: “Please share your stories with me where you have scars that show your strength. Scars are beautiful.”

Eugenie was diagnosed with scoliosis, an unwanted spinal curvature to the side, aged just 12.

She underwent an eight-hour operation which saw eight-inch titanium rods inserted into either side of her spine.

The operation left a scar on Eugenie’s back beginning at the top of her neck and extending downwards.

However rather than trying to hide the scar Eugenie has chosen to display it proudly.

Alongside the original post in June she commented: “Today is International Scoliosis Awareness Day.

One stated: “I had scoliosis surgery about 20 years ago, as a 12 year old.

“I have the same scar with two Herrington rods on either side of my spine.

“Thank you for sharing your journey!”

Another added: “My daughter Drew is just starting her scoliosis surgery journey.

“Your post has given us a lift today in New Zealand – thank you.”

READ  Change of Her Majesty’s Ambassador to Madagascar

Eugenie’s wedding dress was deliberately cut low at the back to show her scar, as part of the princesses’ ongoing fight against medical stigma.

There wedding had been delayed as a result of the coronavirus outbreak.

Due to Government restrictions the couple only had a small party of family and close friends as wedding guests.