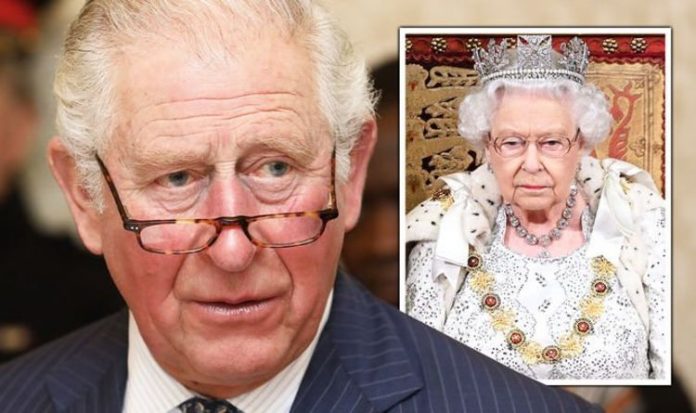 Prince Charles, 71, is the oldest heir apparent in British history and is due to take over from Queen Elizabeth II, 94, when she can no longer serve. Charles will automatically become king upon the Queen’s death but his coronation won’t take place straight away.

The coronation is the ceremony by which the new Sovereign is officially sworn in as King or Queen.

A description of the coronation on the Royal Family’s official website reads: “The coronation ceremony, an occasion for pageantry and celebration, but it is also a solemn religious ceremony, has remained essentially the same over a thousand years.

“For the last 900 years, the ceremony has taken place at Westminster Abbey, London.

“The service is conducted by the Archbishop of Canterbury, whose task this has almost always been since the Norman Conquest in 1066.”

In answer to the question ‘Could we have a multi-faith coronation?’, University College London’s Constitution Unit states: “The coronation will continue to be an Anglican service, but finding a place for other Christian denominations and other religions: as happened at the recent royal wedding, and as practised for some years at the Abbey’s Commonwealth Day services.

“Such people may be invited to give readings; and religious leaders other than Anglicans are likely to be seated prominently, as happened at the Queen’s Diamond Jubilee service at St Paul’s in 2012.”

There are three ancient oaths which the new sovereign must swear at accession and coronation: to be a true and faithful Protestant, to uphold the Presbyterian Church of Scotland and the rights and privileges of the Church of England.

Prince Charles’s views on these oaths are not known but there may be room for updates.

The Constitution Unit website states: “Historically, coronations have included homage where the senior members of each order of the peerage have knelt to the new monarch and paid homage for their order.

“Homage is not part of the religious rite but a survival from the feudal age and a residue of the old aristocratic constitution.

“In 1953 this tradition led to peers and their wives being still the largest single group attending the coronation.

“Few hereditary peers are nowadays members of the legislature and it seems right to try to think again about how the idea can be made to reflect the modern constitution.

“For some time suggestions have been made to take homage out of the coronation and relocate it in a different form elsewhere.”

According to the experts, this change could bring the coronation up to date with the modernised monarchy Prince Charles might like to have.

They add: “Essentially, the idea is to institute a non-religious event where representatives of civil society including every ethnic group meet with the new sovereign in a ceremony of mutual recognition and respect, possibly under Parliamentary auspices in, say, Westminster Hall.

“Making the change would not be without difficulty but it could reinforce right at the beginning of the new reign that the monarch relates equally to the whole community regardless of status, aristocratic or otherwise. “

“The germ of this idea can be seen in the suggestion for the 1953 coronation by Opposition Parties in a rejected proposal that the Speaker should give homage on behalf of the common man.”