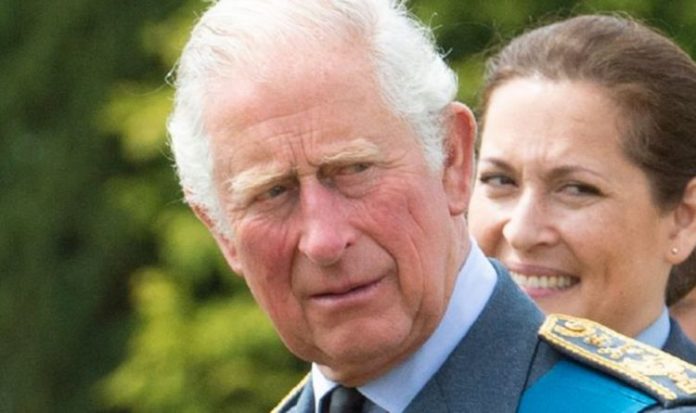 Prince Charles had to intervene to cut down on the exorbitant security costs Princess Beatrice and Princess Eugenie had been incurring during their gap year, a new documentary has claimed. The Prince of Wales personally ensured his nieces’ security details were removed after Eugenie was found to have spent the amount of one year of protection in a few months. Speaking to Channel 5’s ‘Beatrice and Eugenie: Pampered Princesses?”, royal commentator Richard Kay said: “She was sort of flitting from country to country as most middle-class young people do who take gap years.

“But, of course, she was accompanied by police bodyguards.

“That meant that we the taxpayers were paying for policemen to accompany her to the fleshpots of the world.”

A report at the time suggested Eugenie had had British taxpayers fork out more than £100,000 to finance her a trip to India, America, Thailand and South Africa.

The junior royal paid out of her own pockets for hotels and economy travel but her security had been booked in businesses class and upmarket hotels, with overtime included in the spending.

JUST IN: So that’s what they do! Prince Harry discusses the ‘new job’ he and Meghan Markle have

Biographer Angela Levin said the Prince of Wales suggested both Eugenie and older sister Beatrice would not be required to have costly security arrangements as they were unlikely to become senior working royals in the future.

However, the decision sparked the fury of Prince Andrew, who had long insisted his daughters would benefit from the benefits of full royal status.

Ms Levin said: “Prince Charles decided that as they were not likely to be very senior royals, that this was too much for the public to pay, so he stopped that.

“Prince Andrew was so angry that he wrote a note to the Queen.

Mr Davis also noted Princess Eugenie and Princess Beatrice at the time had been the only two grandchildren of the Queen to have personal bodyguards other than Prince William and Prince Harry.

He said: “No other Royal Family anywhere in the world enjoys the level of security that we afford ours. I think we have got to start asking ourselves why. Our politicians really need to get a grip on the situation.

“At a time when the Home Secretary is telling us that the risk to the nation’s security is severe and we are sending people to Iraq and Afghanistan without proper weapons and equipment, the cost of providing these two princesses with bodyguards as they swan around the world is impossible to justify.”

Princess Beatrice and Princess Eugenie however are the only two other royal grandchildren to be styled HRH, as Princess Anne and Prince Edward both decided to forego titles and styles for their children.