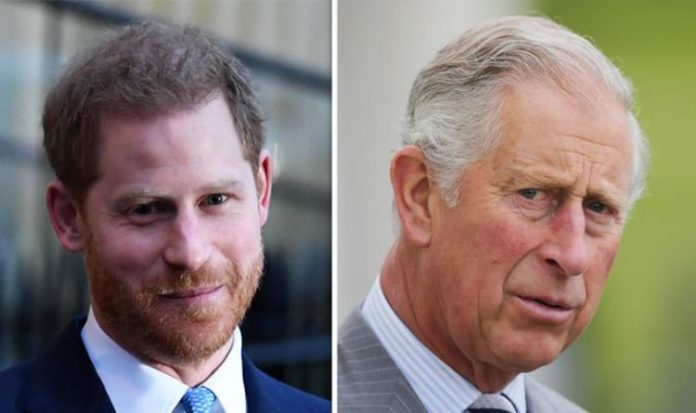 Harry and Meghan decided last week not to return to working Royal Family life, losing their titles and patronages in the process. But Roberta Fiorito, co-host of the podcast Royally Obsessed, claimed the monarchy under Prince Charles could see an “evolution” of the Duke and Duchess of Sussexes roles.

Speaking on her podcast, Ms Fiorito suggested Charles could rethink the Sussex royals status as non-working members of the family.

She said: “I obviously love the royals I just wish there was a way to have continued Harry and Meghan’s role formally, somehow, and kept them in so that they were happy.

“I think we’ll get back to that and this is an evolution.

“Obviously, when Charles is on the throne and William, eventually, I think that this is all going to evolve, this role and relationship.

In a statement, Buckingham Palace confirmed the Duke and Duchess’ decision to permanently leave their royal working roles.

They said: “The Duke and Duchess of Sussex have confirmed to Her Majesty The Queen that they will not be returning as working members of The Royal Family.

Charles is next in the line of succession, and will take over the monarchy after Queen Elizabeth II abdicates or dies.

In 2019, the Daily Star speculated about the possibility of Charles stripping back the Royal Family upon taking the crown.

“This consists of himself, Camilla, William, Kate, Harry and Meghan.

“In time, the Cambridge children will also become part of ‘The Firm’.”

Alison Weir, royal author, said to Express.co.uk Charles as king would most likely make some changes to royal protocols to make the monarchy more relevant to modern times.