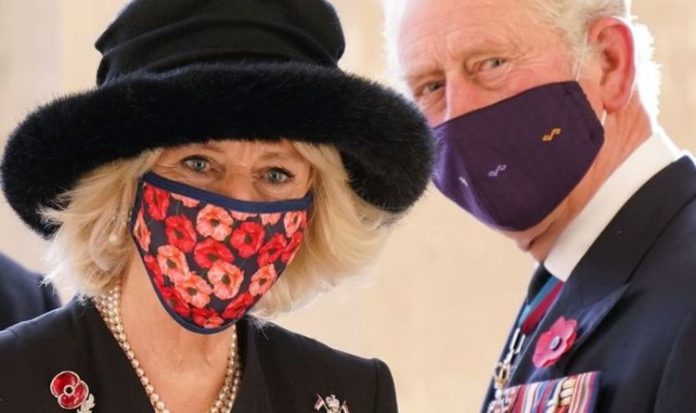 Prince Charles’s future as a monarch is not yet set in stone, royal author Robert Lacey has suggested, as Britons may oppose to his coronation and demand Prince William take his place instead. Asked by author Alain Elkann whether Prince Charles will make a good King, the royal commentator said: “He has tried with great sincerity and applied thought to create a fresh role for himself.

“Prince Charles saw there were many years in waiting, and he wanted to make creative use of that.

“He has, but he has not got the credit for it.”

This prompted Mr Elkann to ask whether he thinks Prince Charles, who formally became the Prince of Wales in 1969 during an investiture at Caernarfon Castle, may not be crowned King after the Queen dies or steps down.

Mr Lacey replied: “I would not be at all surprised if British people decided – in five or six years’ time if the Queen is still alive – that they don’t particularly want a King Charles III.”

Prince Charles and Camilla were first photographed together as a couple in 1999 (Image: GETTY)

The author of Battle of Brothers added his difficult love story with Camilla, which turned many royal fans against the now-Duchess during the 1990s and early 2000s, may also present a problem to Charles and his future reign.

He continued: “And why should we have a Queen Camilla?

“Why should we enshrine and glorify this relationship, which in the 1980s and 1990s brought such unhappiness to the young brothers that they are now living on opposite sides of the world?”

In 1994, two years before he divorced from Princess Diana, Prince Charles called then-Camilla Parker Bowles a “great friend of mine” in a TV documentary.

One year later, the late Princess of Wales famously spoke about her husband’s affair in an interview with Martin Bashir for BBC Panorama, saying there were three people in her marriage.

Prince Charles and Camilla made their relationship public in 1999, two years after Diana’s fatal car crash in Paris.

Prince Charles wearing his medals during his tour to Germany (Image: GETTY)

The couple were photographed leaving the Ritz together after having attended Camilla’s sister’s birthday party.

The pair eventually married in 2005, but the nuptials didn’t bestow upon Camilla the title of Princess of Wales.

Upon announcing the couple’s engagement, Clarence House said Camilla would be given the title of Duchess of Cornwall and, after Charles’s coronation, of Princess Consort rather than Queen Consort.

The couple’s office confirmed this is still Camilla’s intention in a statement released in March.

A spokesperson said: “The intention is for The Duchess to be known as Princess Consort when The Prince accedes to the throne.”

However, experts have warned Camilla will become Queen Consort by law if Charles ascends the throne, whether she chooses to call herself as such or not.

Lord Norton of Louth, a peer in the House of Lords and professor at the University of Hull, has previously said the law is quite clear on Camilla’s title.

He said: “Upon the death of the Queen, Charles automatically becomes King – that is it.

“His wife will become Queen Consort, formally established by precedent.”

Camilla could choose to “be known by another title” not to upset the public, but in reality, she would be Queen.

Similarly, Charlie Proctor, editor at Royal Central, spoke about the chaos sparked by a possible decision by Camilla and the royals to change her future title.

“The process of trying to change the legal title of the wife of a king would be a constitutional mess.

“It would be surprising if the situation wasn’t at least reconsidered.”