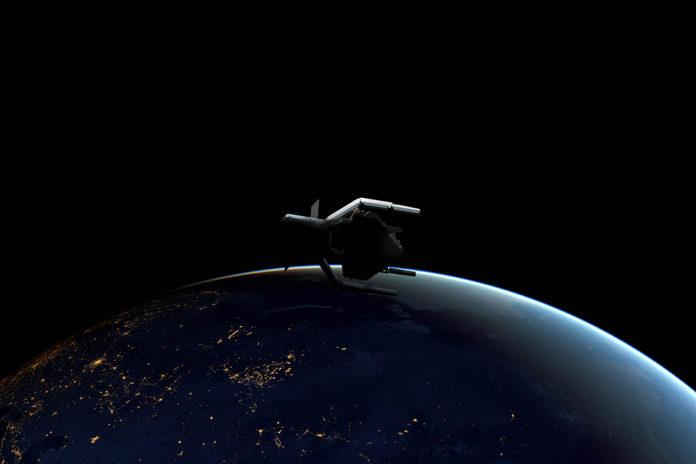 Planned for 2025, Clearspace-1 is the first ever space mission dedicated to removing an existing object in orbit, and is a significant first step towards a cleaner space environment. The Clearspace-1 satellite – dubbed ‘The Claw’ – will use a pincer motion to collect debris, before giving it a controlled re-entry into Earth’s atmosphere – allowing it to decompose safely and away from life.

Elecnor DEIMOS in the UK will play a leading role in Clearspace-1, designing the Attitude and Orbit Control System (AOCS) which will orientate and position the satellite to help grab the space junk, using power generators, thrusters and antennas.

The OECD now estimates there are currently more than 160 million objects in orbit, most of which are ‘space junk’. This junk comes in all different shapes and sizes, from spent rocket bodies to a camera and a spatula dropped by an astronaut.

There are millions of hazardous pieces of space junk orbiting the Earth – if a single one collides with a satellite it could interfere with vital everyday services that we all rely on like broadband or GPS.

The first ever interstellar clean-up mission, driven by ground-breaking British scientists and researchers, is just another example of how the UK’s space sector is out of this world.

For fourteen billion years – between the Big Bang and the autumn of 1957 – space was pristine. But since that autumn we have placed nearly 10,000 satellites into the sky, the vast majority of which are now defunct or destroyed.

The UK is going to lead the way in tracking in tracking and removing this hazardous debris, and I am delighted that technology supporting this pioneering ambition is going to be made in Britain.
In 2018, 300km above the Earth, a British satellite – run by removeDEBRIS – successfully deployed a net in orbit to demonstrate how to capture space debris. The demonstration, using a small object sent out by the satellite, formed part of a mission to test techniques to clear up space junk.

The British-led mission was equipped with vision-based navigation (VBN) technology, which essentially tells a pursuing spacecraft how its target is behaving – how it’s moving and even tumbling.

The UK is committed to reaping the benefits from the new age of satellite ‘megaconstellations’ – vast networks made up of hundreds of spacecraft, which is why the government is investing in companies and technologies to track and remove this debris.

Earlier this year the UK Space Agency announced a number of new investments – funded through its Space Surveillance and Tracking (SST) programme – designed to supercharge the UK’s capabilities to track this junk and monitor the risks of potentially dangerous collisions with satellites or even the crewed International Space Station.

Projects backed included London-based Lift Me Off which will develop and test machine learning algorithms designed to distinguish between satellites and space debris using thermal infrared and optical cameras. Meanwhile Andor, based in Northern Ireland, will use a scientific detector camera to help the astronomy community track debris which may interrupt ground-based astronomy applications.

The UK is already a world-leader in small satellite technology, telecommunications, robotics and Earth observation, and our universities host some of the best minds in the world for space science.

With the demand for services increasing, this provides an opportunity for the UK space industry to become a global leader in space sustainability.

Clearspace-1 is the confirmation of our role as a key Guidance, Navigation and Control systems provider in Europe.

This is a very innovative mission and we are thrilled that the expertise and capacity across our companies match the technology challenges required.

After the Clearspace mission concept was approved by the European Space Agency a year ago, ClearSpace – a Swiss start-up with expertise in space debris in robotics – began co-ordinating the mission and brought together a consortium of expertise, including Elecnor DEIMOS in the UK.

The Attitude and Control system of Elecnor DEIMOS UK will be integrated in the overall satellite ‘autopilot’ – the Guidance, Navigation and Control system being developed by Elecnor DEIMOS in Portugal, together with other German and Portuguese entities. This consortium will also perform tests to support ClearSpace in the assembly, testing and operation of the mission.

Europe is taking the lead in ensuring that space debris are not a source of disruption to our economy, way of life and well-being, and Portugal, which is working to take a leading role in space systems and subsystems, could not fall behind.

Last year there was a close call in which an Earth-observation spacecraft operated by the European Space Agency had to light up its thrusters to dodge a Starlink satellite. A clash between the spacecraft was far from certain, but the trajectories posed enough of a threat that ESA concluded that a manoeuvre was necessary.