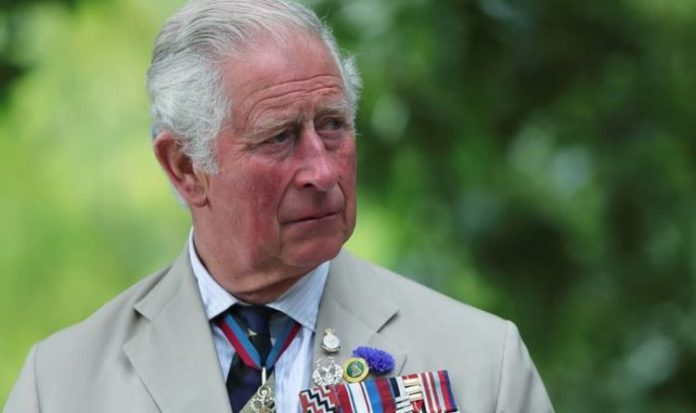 Charles is first in line to become king when his mother Queen Elizabeth II, who has been the British monarch for a record-breaking 65 years, dies. Royal expert Christopher Wilson has observed that the Prince of Wales appears to already be making plans for when this occurs, including stepping down from his beloved Duchy Originals Farm. This is reportedly because he “won’t have time to devote to farming” when he becomes king.

He also faces another big decision over his title, with speculation growing he may follow in the footsteps of his grandfather King George VI.

Mr Wilson told Express.co.uk: “The last king to be crowned was called Bertie, but styled George VI. The one before him went by the name David but was crowned Edward VIII.

“There is, as yet, no guarantee that Charles will be crowned King Charles III.

“George VI’s title was chosen in the light of Edward VIII’s abdication the previous year – the choice a hark back to the solid and dependable reign of King George V.

“Charles will enter the stage in different circumstances, following the lengthy and – say many – the most successful reign in the long story of British monarchy.”

King Edward VIII chose Edward as his regnal title, even he was known to his family and friends as David.

So he might choose to become King George VII, or King Philip, or King Arthur, instead of King Charles.

In 2013, Charles opened the Commonwealth Heads of Government Meeting (CHOGM) in Sri Lanka, representing his mother in the role for the first time.

Writer Catherine Mayer, who was given rare access to the prince, said the same year that he was “joylessly” increasing his royal workload and believed becoming king would be akin to “prison”.

Clarence House denied this was the case, saying this was not the prince’s view.

Mayer wrote that the prince was “impatient to get as much done as possible” ahead of succeeding his mother as monarch.

In 2017, the prince began the practice of laying a wreath at the Cenotaph on Remembrance Sunday on behalf of the Queen as she watched from a nearby balcony instead.

Charles announced a major restructuring of his charities ahead of his 70th birthday in 2018, viewed as planning for the time when he will be king.

His role as future head of the Commonwealth was secured the same year when the Queen publicly lobbied in favour of her son at CHOGM in London, and world leaders backed the decision.