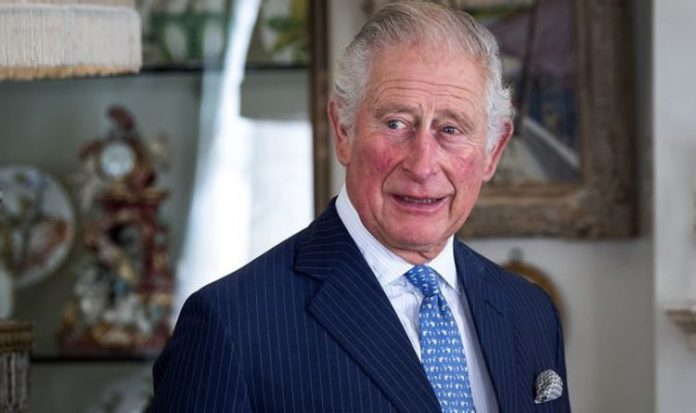 The Prince of Wales delivered the remarks in a pre-recorded message at the top of the show. This year’s variety show took place in Blackpool Opera House, but due to coronavirus lockdown restrictions took place in an empty auditorium.

In his opening statement, Charles hailed the team behind the variety show and the “incredibly talented” performers.

The Prince then thanked them for working to ensure the show took place, describing it as a “a unique British tradition stretching back more than one hundred years”.

Charles bemoaned the lack of audience for this year’s event, but continued to praise the performers for carrying on in spite of the coronavirus restrictions.

Charles then called back to the first ever Royal Variety Show in 1912, attended by King George V and Queen Mary, and praised the show for its fundraising for the arts.

He said of the charity and show: “Today, that mission could hardly be more relevant, as this year’s show will provide vital support for workers who have been affected by these extraordinarily challenging times.

“On behalf of the Patron of the Royal Variety Performance, Her Majesty the Queen, I can only send the most special and heartfelt thanks to all of tonight’s incredibly talented performers who have come together in the splendid surroundings of the Blackpool Opera House to entertain, to inspire and, above all, to help those in need.

The Royal Variety Show last took place in Blackpool in 2009, with it usually being held in London.

Charles has stepped in this year for Queen Elizabeth II, who is the patron of the charity.

“We have worked relentlessly to ensure that we can produce a Royal Variety Performance in some shape or form to raise much needed funds at this critical time.

“We are honoured that His Royal Highness, the Prince of Wales, has recorded a message of support for our charity, which continues to assist those from the world of entertainment, both you and old, since our formation in 1908.”

Jason Manford, comedian and actor, hosted the show and cracked jokes about the unique evening.

He joked that the show was “coming to you live from tier 3” and welcomed the NHS and healthcare staff in the virtual audience as the “non-essentials”.

After Sheridan Smith. reprising her role of Cilla Black, performed a song from Cilla The Musical, Mr Manford took aim at the absentee royals.

He said: “And they said there was going to be no royalty here…”

ITV will broadcast this year’s variety show in December, with the performance being pre-recorded.

Charles has been outspoken about the arts amid the coronavirus pandemic, and issued a warning in May over struggling theatres and concert halls.

In an interview with Classic FM, he said: “They’re in terrible difficulties, of course, because how are they going to be able to restart?

“It is a very expensive art form, but it is crucial because it has such a worldwide impact… and so we have to find a way to make sure these marvellous people and organisations are going to survive through all this.”