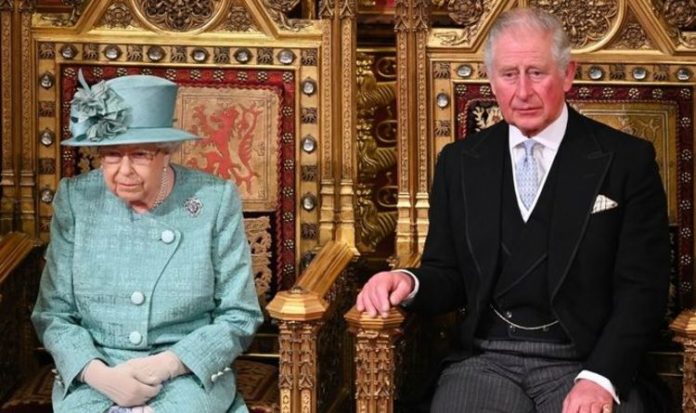 The monarch reign will reach 69 years in February and in April she will celebrate her 95th birthday. Having spent most of the past year in Windsor Castle due to Covid restrictions, the Queen is now looking to the future after receiving the first dose of a coronavirus vaccine.

And it seems she remains in good health and strong spirits despite the raging pandemic.

People magazine quoted an insider saying the Queen’s health has not deteriorated in the slightest.

The source’s comments firmly put to bed any rumours suggesting the monarch, 94, could abdicate and hand the reins over to the Prince of Wales, 72.

The insider said: “Neither her physical nor her mental health are waning.”

A second source close to the Queen gave a positive update on her health and wellbeing.

They described her as being “well” and “in good fettle”.

She may be in her 10th decade but the great-grandmother is still very active for her age.

Physical activity has been slotted into her schedule for decades to ensure she stays in a strong condition.

The Queen would usually gather with senior members of the Royal Family for the traditional pheasant shoot at her Sandringham estate in Norfolk.

While the men tend to take care of the shooting side of things, the women look on as specially-trained dogs retrieve the birds.

And the Queen also keeps fit and active by heading out for a brisk walk with her Corgis.

Royal biographer Ingrid Seward has said that walking has been one of the constant forms of exercise for the monarch down through the years.

She said the Queen “is a great believer in sensible exercise”.

While at her main residence, Buckingham Palace, the Queen heads for her daily walk in the surrounding gardens each afternoon.

And when she stays at her country retreats such as Balmoral or Sandringham she has been known to favour a ramble through the woods and moorlands.

If required, the Queen often swaps her walking shoes for a pair of wellingtons and may carry a walking stick if her planned route is particularly uneven.

Last summer she was pictured in Balmoral carrying a walking stick as she enjoyed a stroll with Prince Edward, Sophie Countess of Wessex, and their two children, Lady Louise and James, Viscount Severn.