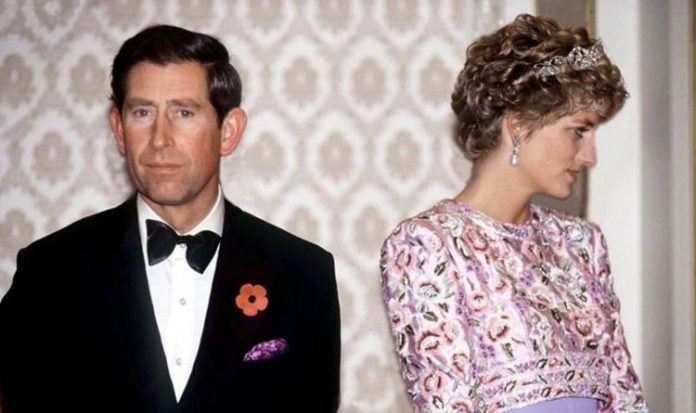 Prince Charles was pressured into proposing to his second cousin, Amanda Knatchbull, according to royal experts. But Ms Knatchbull declined the Prince of Wales’ offer because she did not want to surrender herself to a “system”.

She was Prince Charles’ cousin and Lord Mountbatten’s granddaughter.

Mr Lacey wrote: “Over the years the two cousins did grow close, developing a mutual respect and friendship that has lasted to the present day.

“But when the prince finally made his proposal in the summer of 1979—shortly before Lord Mountbatten’s assassination by the IRA—the independent-minded Amanda politely turned him down.”

Ms Knatchbull’s refusal to marry Prince Charles had an impact on the prince’s perspective of marriage in the Royal Family.

Mr Lacey wrote: “‘The surrender of self to a system,’ she explained, was so absolute when joining the royal family, it involved a loss of independence ‘far greater than matrimony usually invites.'”

Her moved only confirmed Prince Charles’ “own belief that to marry into the House of Windsor was a sacrifice that no-one should be expected to make”, according to author Jonathan Dimbleby.

READ MORE: Princess Diana had to pass ‘test’ with ‘flying colours’ amid marriage

“He’d just broken up with his girlfriend, and his friend Mountbatten had just been killed.

“I said it would be nice to see him. I was so unimpressed.”

In Royalty Close Up: The Photography of Kent Gavin, he said: “One has to remember and recall that there were happy times with Charles and Diana, they were very much in love.

“The honeymoon pictures – there was a look of love about both of them.

“That picture [Charles kissing Diana’s hand] just captured everything that that fairy-tale wedding was about.

“And there were occasions, again, after that when you just thought that the marriage and this family had everything – and these pictures show that.

“There really were great days. Of course, people tend to think of the bad days because of the divorce and it all going wrong, but if you look back at all those pictures that we did in the early days, it tells a different story.”

Diana and Prince Charles divorced in 1996 before the princess was tragically killed in a car accident the following year.