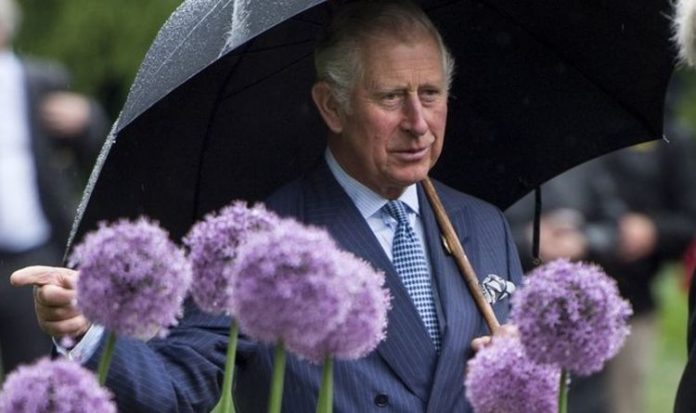 The leader, known as the emir of Kuwait, died aged 91 on September 29. It is not clear what the Prince of Wales said during his visit, though the royal has visited Kuwait many times in the past – most recently in 2015.

The official Twitter account of The Prince of Wales and The Duchess of Cornwall wrote: “The Prince formally offered his condolences and met with the new emir, His Highness Sheikh Nawaf Al-Ahmed Al-Jaber Al-Sabah.”

At the end of last month, the Queen also issued her condolences to The Amir of Kuwait regarding the death of Sheikh Sabah Al Sabah.

She spoke of a “long history of close companionship between our two families”.

“He will long be remembered by all who work for regional stability, understanding between nations and between faiths, and for the humanitarian cause.

“I have deeply valued his friendship towards the United Kingdom, and his memorable State Visit in November 2012.”

Prince Charles met both the late and the current emir before during a tour of the Gulf States in 2015.

He was met by Sheikh Nawaf at the airport at the time, before travelling on to meet Sheikh Sabah Al Sabah at the Bayan Palace.

Speaking through an interpreter, Prince Charles spoke about his mother, the Queen, whom the emir asked about.

Charles replied she was in “remarkable form” and also praised the eyesight of his father Prince Philip, then 94.

Recently, Prince Charles has been outspoken on a number of issues.

As the coronavirus pandemic continues to grip the UK, the Prince of Wales warned hundreds of thousands of young people need “urgent help” for their futures.

Writing in the Sunday Telegraph, he said: “I have always felt that it is the young people who have lived through the toughest experiences who have most to offer back to society.

“The task ahead is unquestionably vast, but it is not insurmountable.”

In a video message, he said climate change “is now rapidly becoming a comprehensive catastrophe that will dwarf the impact of the coronavirus pandemic”.

He warned viewers to take “a warlike footing” and likened the fight against climate change to a “military-style campaign”.