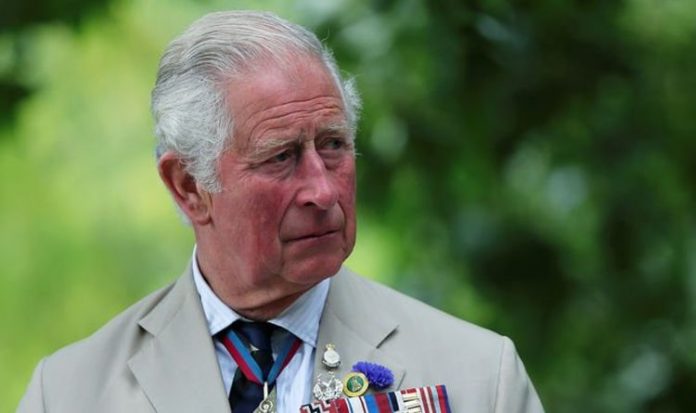 Charles’ time on the throne is nervously anticipated by some royal watchers, due to his controversial past and occasional ‘political meddling’, which has divided public opinion. He is a much more contentious figure than his mother, the Queen, and so his reign could usher in a new era of republican sentiment. He has not been shy about how he intends to reshape the Royal Family and ‘slim it down’ to its core members — which would be a drastic change from the ever-expanding monarchy Britons have become used to under the Queen.

Charles is also now the oldest-ever heir apparent at 71, having been first-in-line to the throne since he was just three years old, although he was not invested as the Prince of Wales until he was 20.

A parallel can therefore be drawn between Charles’ future reign and the current monarchy in Thailand.

He was first declared as the crown prince when he was just 20 years old — like Charles — and assumed the throne when he was 64 upon his father’s death.

He was the oldest Thai heir to ever ascend the throne, just as the Prince of Wales will be.

However, the monarchy has been under scrutiny ever since King Rama X’s coronation last year.

Pro-democracy protesters in Thailand have been campaigning for an investigation of the Thai king’s activities in Germany — where he has spent most of the last year — and for monarchy reform.

The protests, initiated by students, started with demands to remove Prime Minister Prayuth Chan-ocha, but have since evolved into a challenge to the royal institution.

A key protest leader, Jatupat Boonpattaraksa, told Japan Times: “Even if Prayuth quits, someone like Prayut will replace him and we’ll go back to the same problems again.

Thai protesters in Bangkok, calling for reforms to the monarchy (Image: Getty)

“All the changes in the government, the charter and the monarchy need to happen at the same time.”

The Thai constitution prevents any criticism against the key members of the royal family and can result in a 15-year jail sentence.

Both Charles and King Rama X belong to a constitutional monarchy, although Thailand’s monarch is known to have expanded his influence over his nation’s politics and military since his ascension in 2016.

Yet, the protesters have been clear they do not want the monarchy to be “toppled, forgotten or not to be respected” but just for “them to change with us”.

There is no indication that Charles would reign in a similar manner to the Thai king, but many believe when sovereign power is passed into his hands, the monarchy will have to change.

Politico explained that “even the most avowed anti-monarchists in Australia and New Zealand” were privately aware that “cutting ties with Britain was on hold as long as Queen Elizabeth II was alive”.

Even Palace insiders are allegedly preparing for a quicker coronation for Charles compared to the Queen’s back in 1953, to avoid repulbican sentiment rising.

Writing in The New Yorker, author Zoe Heller said, “King Charles II will be whisked to Westminster Abbey no later than three months after his mother’s demise”.

The Prince of Wales has been accused of lobbying politicians, too, through his black spider memos — just as King Rama X is thought to have increased his influence across Thailand’s political institutions.

Charles and King Rama X have also been much more open with their love lives than their predecessors.

The Times noted that he is Thailand’s first modern monarch to be open about having more than one partner. He has married four times, and took a secondary consort last year.

Like Charles, who admitted to his long affair with Camilla Parker Bowles in 1994 when married to Princess Diana, his love life is of great interest.

While royal watchers are yet to find out what Charles’ reign could look like, there’s no doubt that Thailand’s monarchy is heading for a rocky patch.

The BBC’s Jonathan Head said the Thai protesters were unlikely to back down any time soon.

He explained that they want “such a wealthy, powerful and expensive institution” to be held accountable, but the government is standing its ground and refusing to discuss it.

He added: “At some point, something will have to crack.”