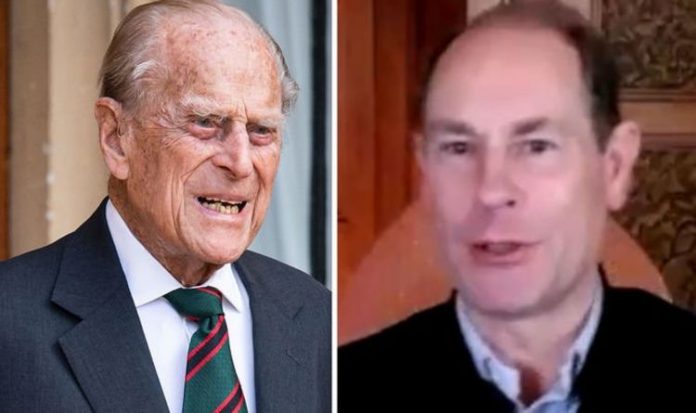 And how they’ve given back by joining the charity’s Youth Advisory Board.

Responding to Jo-Ash Brown’s explanation of why he joined the board, Prince Edward said: “You’re absolutely right, it’s the same for all of us whenever we join anything it’s a question of just stopping, listening and learning.”

A second tweet from the Royal Family account mentioned how Edward had recently taken on the patronage from his father Prince Philip.

The tweet read: “The Earl heard about their role on the charity’s Youth Advisory Board, which brings together young people from different London boroughs to contribute to the direction of the charity.”