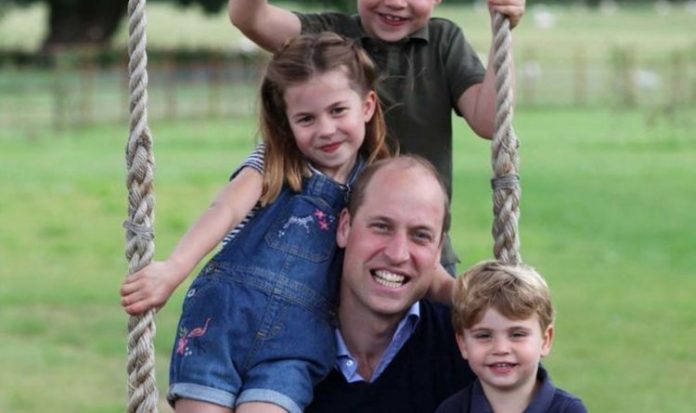 Last year, Prince William and Kate, the Duchess of Cambridge, lost their family dog Lupo. The couple tragically announced the news on social media following the passing of their spaniel.

But the couple and their three children are understood to have been given a new dog by Kate’s brother, James.

It is believed Prince George, seven, and Princess Charlotte, five, had the pick of the litter before deciding on the new puppy.

Shortly before Lupo died, James gave the family the eight-month-old black puppy as a gift.

Lupo’s sister bred a litter of six puppies last summer while James and his fiancee Alizee Thevenet stayed with his pattern in Berkshire.

The couple shared a photo of their adorable litter on Instagram.

The new puppy, who is Lupo’s nephew, has settled in at their home in Anmer Hall, where the Cambridge’s have been living during the pandemic.

James has been breeding puppies since 2011 and gave Lupo to Kate when Prince William was deployed to the Falklands.

Lupo helped Kate cope with the times when she was apart from William in their early years of marriage.

Lupo was a beloved pet and was responsible for picking Prince George’s name in a game organised by the royals.

The cocker spaniel also appeared in the first official family photo after Prince George was born.

In a rare personal post on Instagram, Will and Kate announced the passing of Lupo last year.

“He has been at the heart of our family for the past nine years and we will miss him so much. – W & C”

The new puppy’s name is not known, but it is the same breed as the late Lupo.

James once described dogs as live-saving in terms of the companionship they offer.

Speaking about his own mental health, James Middleton previously wrote on Instagram: “Dogs don’t just change lives, they save them.

“I had an honest conversation with Sean Fletcher for BBC’s Sunday Live program with Pets As Therapy talking about how dogs can change lives in so many different ways.”

He added: “I truly believe animals are medicine and they really are incredible for our own wellbeing.”