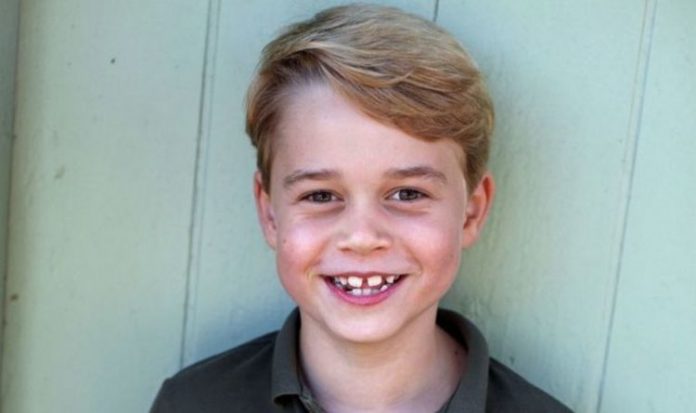 Prince George Alexander Louis, born at 4.24pm on July 22, 2013, is currently third in line to the throne. Formally, he is known as Prince George of Cambridge. George has already had a head start in terms of royal life, having accompanied both his parents on their official three-week tour of New Zealand and Australia at just nine-months old. Prince Charles, the Queen’s oldest son, is next in line to the throne, which has prompted people to ask what George’s title will be when his grandfather ascends to be king.

What will George’s title be when Prince Charles is king?

Charles, Prince of Wales, is next in line to the throne and will be the next king of the UK and commonwealth countries.

When Prince Charles takes to the throne, this is unlikely to affect Prince George who will most likely retain his current title, Prince George of Cambridge.

However, George is likely to inherit other titles as he grows up, including when Prince Charles becomes King.

For example, he could be handed a dukedom if he gets married, as members of the royal family are often granted dukedoms on their wedding day.

Prince William was made the Duke of Cambridge when he married Kate, and Prince Harry became the Duke of Sussex upon marriage to Meghan.

If Prince William becomes king one day, George’s titles will also change as a result.

Expert Iain MacMarthanne explained: “When William becomes king, the dukedom of Cambridge will merge with the crown.

“Upon William becoming king, George will cease being known as Prince George of Cambridge, and will be styled as The Prince George.

But when Prince Charles inherits the crown, there will be a number of title changes all around, not just for the new king, but for Prince William too.

The Dukedom of Cornwall is usually held by the eldest son of the reigning sovereign.

This means that when Charles become king, he is expected to pass down his title of Duke of Cornwall, as well as his subsidiary title of the Duke of Rothesay, down to William.

Mr MacMarthanne said: “When Charles inherits the throne, the Duke of Cambridge will automatically become Duke of Cornwall and Duke of Rothesay among other titles that are assumed by the heir to the throne.

“As his wife, Catherine, will become Duchess of Cornwall and Duchess of Rothesay.

“These new dukedoms will be in addition to that of Cambridge which is already held.”

However, William will not automatically inherit Charles’s most famous title, the Prince of Wales.

Mr MacMarthanne adds: “The title of Prince of Wales is not assumed automatically by the heir to the throne, and remains within the gift of the monarch.

“In the case of Charles, his mother the Queen created him Prince of Wales in 1958. In the event of the Duke of Cambridge being made Prince of Wales, Catherine would automatically become Princess of Wales.”