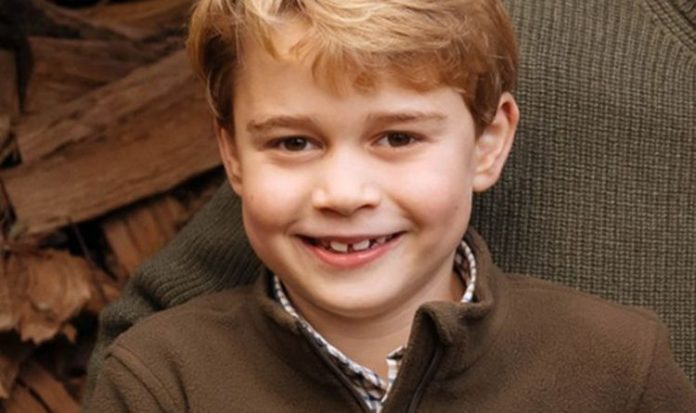 Prince George will likely keep his birth name, chosen in honour of the Queen’s father, King George VI, according to royal commentators. Monarchs are entitled to be crowned as, and therefore known by, any name they choose. However it would be unexpected if Prince William and Kate, the Duchess of Cambridge’s heir chose to change his, as discussed on Channel 5 documentary, ‘When the Middletons Met the Monarchy’.

Narrator Glynis Barber told viewers: “Regardless of his upbringing, Prince George, along with his siblings Charlotte and Louis, will have an undeniable date with destiny.”

“He will almost definitely be styled as King George VII.

“It’s amazing to think that he is descended from a family of miners in County Durham.”

Kate’s great-grandfather Thomas Harrison is known to have been involved with the industry in northern England.

He was responsible for moving the family down to the London area to get cleaner, safer work.

Daily Mail Editor-at-Large Richard Kay added: “The Royal Family will have to wait and see what kind of added extras that Middleton entrepreneurial spirit will produce in Prince George and his brother and sister.

“It will be exciting finding out.”

His elder brother was styled as Edward VIII during his short time as monarch.

He was christened Edward Albert Christian George Andrew Patrick David, though was known as ‘David’.

The Queen herself opted out of the tradition, sticking with her birth name: Elizabeth.

As next in line to the throne, Prince Charles will be the next to confront this tradition.

His full name is Charles Philip Arthur George, presenting a number of options for the future king.