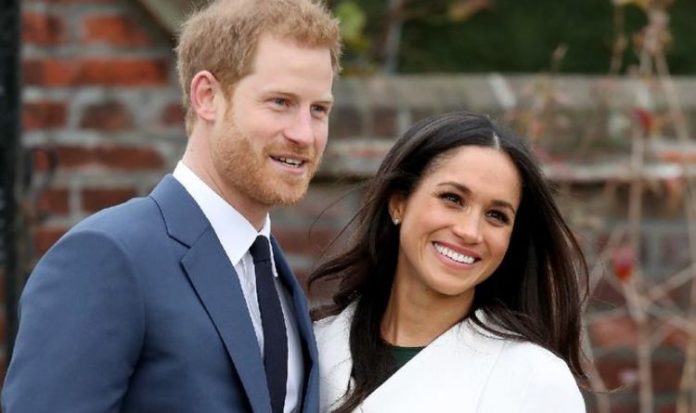 Royal expert Shannon Felton Spence insisted Prince Harry and Meghan Markle were losing favour with the public. While speaking to Cristo Foufas on TalkRadio, she claimed the former senior working royals no longer want to be seen as royals but rather “celebrity influencers.” She also remarked this was rubbing people the wrong way and contributed to some of the negative reaction to the pairs second child announcement.

Ms Felton Spence insisted the couple announced the pregnancy now to ensure maximum benefit for themselves in some way.

Mr Foufas said: “Why do you think there has been much cynicism regarding the announcement by Meghan Markle and Prince Harry on their second child?”

Ms Felton Spence said: “The cynicism comes from the fact that all of our eyes are wide open.

“We can see that this couple does nothing unless it benefits themselves.”

DON’T MISS: Should Meghan Markle and Harry lose ALL titles and patronages?

The TalkRadio host defended the Duke and Duchess and listed some of the royal couple’s selfless accomplishments.

He said: “Is that not a bit harsh?

The royal commentator reiterated her belief that Meghan and Harry specifically chose now to announce their pregnancy.

She added, however, it was not being as well received by the public.

She said: “Nothing is done out of the kindness of their hearts.

“Everything is strategically planned for maximum publicity.

“We just see that they no longer part of the royals, they don’t want to be, they want to be celebrity influencers.

“It rubs a lot of people, my self included, the wrong way.”

After the announcement from Meghan and Harry, royal fans were quick to take to social media after noticing this news follows on just days after Princess Eugenie and Jack Brooksbank welcome their first son.

One social media user wrote: “Congratulations to them but a little odd that, again, the Sussexes’ baby news overshadows Princess Eugenie ‒ first her wedding, now her first baby.”

While a third simply wrote: “Of course, just after Eugenie’s news.”