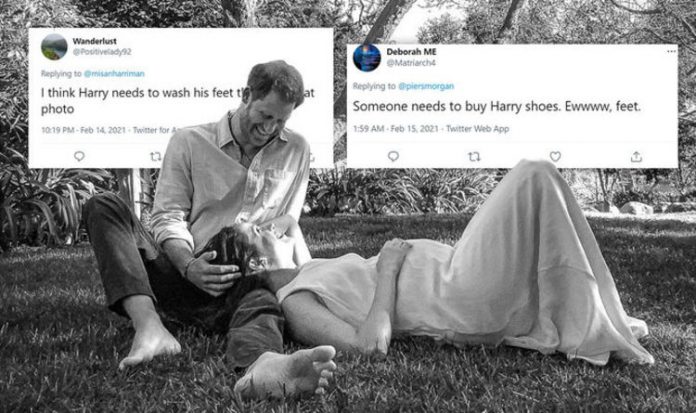 While the new photo made many fans swoon and prompted a flood of compliments on Twitter, not all users were convinced, with some claiming to be distracted by Prince Harry’s bare feet.

One Twitter user wrote: “Congratulations Harry and Meghan.. but serious is there any need for Harry’s bare feet.”

Another said: “Someone needs to buy Harry shoes. Ewwww, feet.”

A third chimed in: “OK OK I’ll be the one to say it. If I never see Prince Harry’s bare feet again it’ll be too soon.”