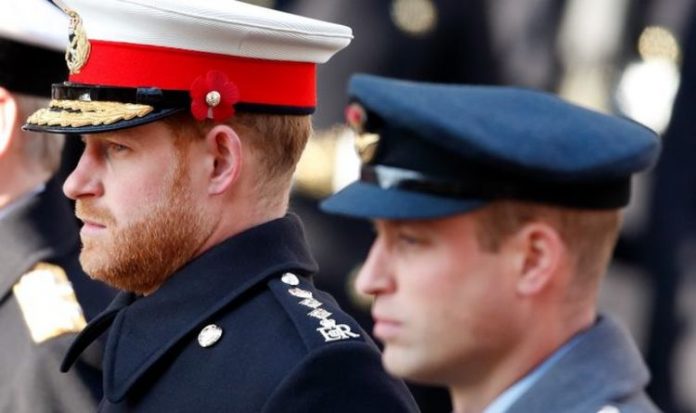 During Channel 5’s documentary ‘Meghan and Harry: The New Revelations’ royal commentators Katie Nicholl and Afua Adom discussed Prince Harry and Prince William’s relationship. Ms Nicholl stated that the book Finding Freedom, which looked at the Duke and Duchess of Sussex’s time within the Royal Family, was released as the brothers were beginning to reconcile.

Ms Adom said regarding Harry and William’s relationship: “I definitely think the dust needs to settle.

“It may not happen next week or the one after that but there is definitely a way back from this.

“Their relationship can be repaired.

Ms Nicholl stated: “The irony about this book in many ways is that the brothers were just getting to a stage in their relationship where they were on a more even keel.

“I was told that communication had resumed between the brothers.

“We do not know whether they have spoken in light of the exhibits from this book.

“But one can only imagine that this has done nothing to improve relations that were strained in the beginning and at this stage very much seem pretty beyond repair.”

During the same documentary, a royal commentator stated that the brother’s Royal Family feud was sparked by “petty jealousy”.

“Show me any family in the world where there is no jockeying for position.

“That is family, that is the human condition.”

Ms Adom added: “I do think it is War of the Wales Part 2 but this is also the British Royal Family.

“This is what they do, they argue they fall out and then we make a drama out of it.”