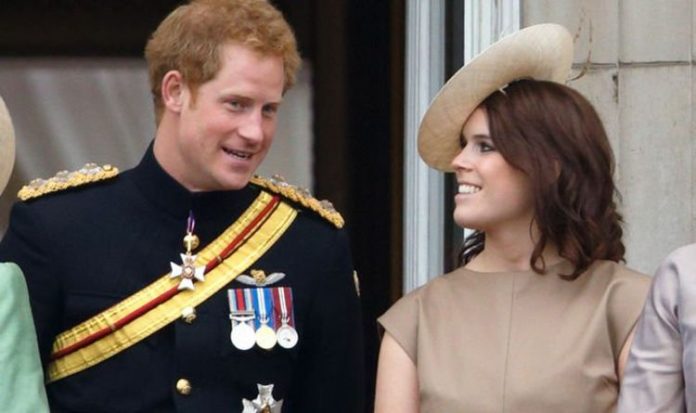 Prince Harry, 36, has always been close with his little cousin Princess Eugenie, 30. From family skiing holidays together as children to being part of the same London party set in their 20s, the royal cousins are known to get along famously.

Eugenie is said to have been one of the first royal relatives Prince Harry introduced to Meghan Markle, 39, in the early days of their relationship.

In unofficial biography of the Sussexes, Finding Freedom, authors Omid Scobie and Carolyn Durand write: “Eugenie had always been more than just a cousin to Harry. They were also the closest of friends.”

“Like Harry, Eugenie is loyal, honest and great fun.”

The book continues: “The two had many nights out together in London, sneaking into back entrances of clubs, such as Mahiki, where Jack was once manager, or Tonteria, where in one of the VIP cave areas, they downed shots from Mexican skull-shaped glasses and a giant frozen margarita (with multiple straws.)”

Harry and Eugenie are unable to contain themselves in this sweet photo that shows the royal cousins roaring with laughter.

They both seem to have got a fit of the giggles as they stand together on the balcony at Buckingham Palace to watch the Queen’s official birthday parade.

Princess Eugenie and Harry beam at one another in this sweet snap that shows them standing together on the balcony at Buckingham Palace.

Eugenie looks up at her big cousin in admiration as Harry appears to relay an amusing anecdote.