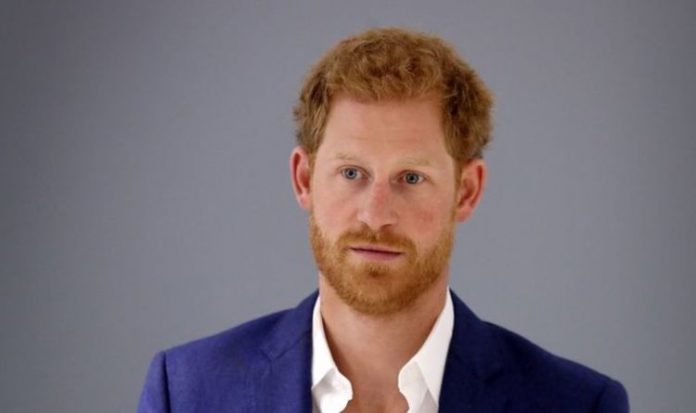 Prince Harry took part in a nine-minute interview focused on climate change and the environment with WaterBear’s CEO Ellen Windemuth and Head of Strategy Sam Sutaria. The Duke of Sussex, who has been publicly speaking about conservation and climate change for years, started the interview speaking about the coronavirus pandemic and its impact on the relationship between people and nature.

He said: “Someone said right at the beginning of the pandemic it’s almost as though Mother Nature has sent us to our rooms for bad behaviour to really take a moment and think about what we have done.

“It’s certainly reminded me, as it has probably reminded all of us, how interconnected we all are.

“Not just through people but through nature, we take so much from her but we rarely give anything back”.

Harry’s figure of speech on Mother Nature treating people like children to scold appears to be referring to a message the Duchess of York published on her personal Twitter account.

Sarah, also known as Fergie by friends, family and fans, added a picture of trees believed to have been taken by her at the Royal Lodge, where she was self-isolating.

The Duchess wrote this message on March 24, just hours after Prime Minister Boris Johnson had called the first national lockdown in England.

A source claimed in 2016 Prince Harry “gets on really well” with his aunt, who was a friend of Princess Diana.

In May 2018, the Duke of Sussex invited Fergie to his wedding, marking a contrast with his brother Prince William who did not send her an invitation to his wedding with Kate in April 2011.

While Fergie spent the first national lockdown at Windsor, Prince Harry and his wife Meghan Markle were in California – first in the house lent to them by producer Tyler Perry and from July in their new home in Montecito.

The Duke of Sussex has publicly backed WaterBear, a new and free streaming platform the content of which is entirely focused on the environment.

The newly-launched platform gathers original content as well as live and documentaries produced by 80 NGOs across the world – including the WWF and Greenpeace.

WaterBear allows viewers to engage easily with the organisations it features, as it presents a “take action” button which sends people directly to their website where they can learn more on their work or donate.

Speaking about the platform, Prince Harry said: “For me it’s about putting the dos behind the says, and that is something that WaterBear is going to be doing: capitalising on a community of doers.

“There’s a lot of people that ‘say’, but this is about action.”

Over the past few years, Prince Harry has been vocal about the need to make changes to tackle climate change.

The Duke has been at the helm of conservation organisation African Parks since 2017.

In 2019, he also spoke about conservation and climate change with primatologist Jane Goodall.

Interviewing her for the September issue of Vogue guest-edited by his wife Meghan, Harry spoke about her life-long work and what she thinks is necessary to do to change the tide and prevent an environmental catastrophe.