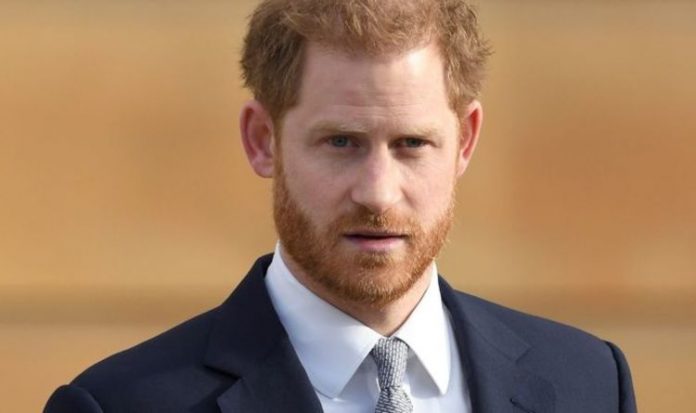 Prince Harry spoke about the “amazing step forward” made by the Ministry of Defence (MOD) in a statement issued on December 8. In his brief message, the Duke of Sussex celebrated the Ministry’s decision, announced on December 7, to give mandatory mental health training as well as a physical one to the Armed Forces.

Prince Harry, who has served in the Army for 10 years and is an advocate for ending the stigma surrounding mental health, was surely delighted to hear the news.

However, a few social media users are claiming the Duke of Sussex’s announcement had come at the wrong time and risked overshadowing the first public gathering of senior royals, which took place at Windsor Castle, since March.

One Twitter user wrote: “Love how this has been put out the day all the Royal Family met up. So predictable now.”

Similarly, another social media user wrote: “See we knew he would have to release a statement about something.

“Just has to take away attention from the Royal Family who matter and make it about himself.”

A third added: “I bet if the Royal Family hadn’t been doing events today he would have never commented at all in this development.”

Supporters of the Duke and Duchess of Sussex defended Prince Harry’s right to put out a statement on the MOD’s announcement.

One replied to the last tweet saying: “The Defence Ministry announced it, are you saying they’re trying to get attention, well of course they are, mental health for service personnel is very important, that you make it about anything else is ridiculous.”

Another said: “Harry is commenting on it because he spearheaded military mental wellness as part of Heads Together and worked to launch HeadFit with the Ministry of Defense last year.

In April, Prince Harry launched HeadFIT, a new initiative aimed at providing members of the defence community with self-help tools to manage stress.

This platform, which has been almost three years in the making, shows Harry’s continuous commitment to the Armed Forces.

HeadFIT was spearheaded by the Duke and developed in a partnership between the Royal Foundation’s Heads Together campaign, the Ministry of Defence, and Kings College London, with clinical advice from Dr. Vanessa Moulton.

Other Twitter users simply praised the Duke of Sussex as a doer, with one saying: “Another accomplishment for Harry and it proves that his commitment to mental health and the military community is as rock solid as ever.”

And another added: “Fantastic announcement! Let’s normalise their care once they stop serving also.”

Prince Harry and his wife Meghan Markle had already been accused in the past by royal fans and commentators of issuing statements or releasing photographs at unfortunate timings.

In January, while Kate was carrying out a whirlwind tour of the UK to promote her 5 Big Questions survey, Meghan and Harry published on their now-defunct Sussex Royal Instagram account pictures of the Duchess taken days before during a secret visit to one of her patronages, Mayhew.

The Daily Express royal correspondent tweeted at the time: “Wow what unfortunate timing that once again, just as a senior member of the Royal Family was heralding an important initiative, the Sussex Royal Instagram account kicked into life with some PR pictures at the very same moment.”

The Duke and Duchess of Sussex were also accused of “stealing Prince Louis’s thunder” on April 23 last year as they released stunning wildlife snaps taken by Harry on the little Cambridges’ first birthday.

Royal author Phil Dampier said at the time: “It starts to look like Harry and Meghan are in competition and are out to steal Louis’ thunder.

“It isn’t like Harry and Meghan didn’t know it was Louis’s birthday. They have known since he was born last year!”