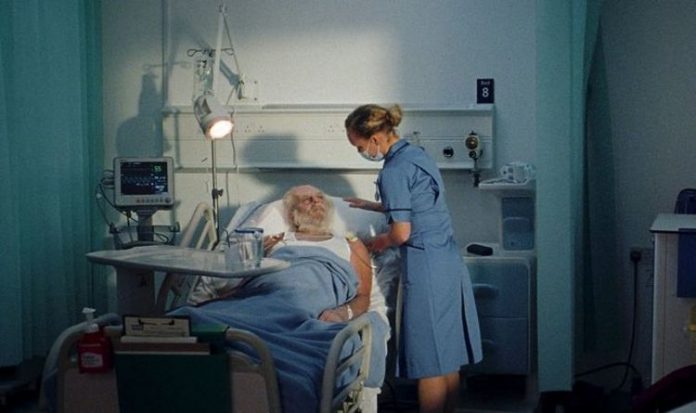 The film celebrating NHS staff and volunteers made viewers cry as they watched Santa’s journey back to health. The appeal video opens with an older man being rushed into hospital before being looked after by health workers.

When the man is well, nurses wave him off, wishing him a Merry Christmas as British singer Birdy’s People Help The People is played.

The advert finishes with the nurse receiving a gift that reads: “Thank you for everything you’ve done for all of us, Santa.”

Posting on social media the charity said: “We adore the ad and dedicate it to all NHS workers who’ve given everything to care and keep us safe.”

Taking to social media, one user wrote: “Made me cry in a good way! So beautiful.”

The film forms part of the Gifts That Give Back Campaign where the public have been asked to send gifts to NHS staff following a difficult year.

Money raised will go towards NHS charities across the UK so they can provide support to staff, volunteers and patients.

Ellie Orton, chief executive of NHS Charities Together, said: “The public has responded magnificently so far to our appeal, helping us raise over £150million. But with the ongoing impact of Covid, the need is still there.”