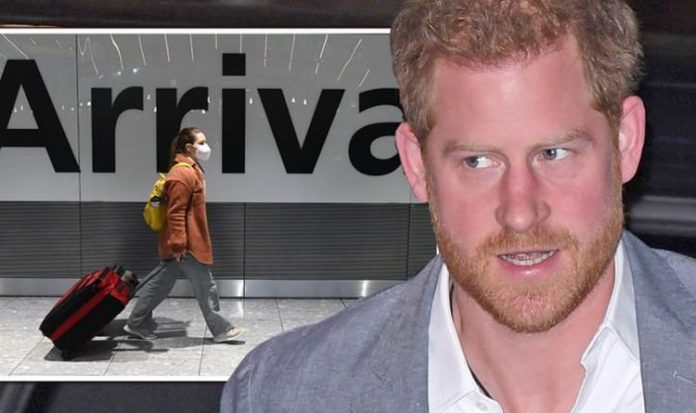 Prince Harry’s “reassessment” of his and Meghan Markle’s Sandringham agreement with the Royal Family will likely be done virtually, according to a royal commentator. Richard Fitzwilliams spoke to Express.co.uk about the upcoming spring review of the Megxit deal. He addressed suggestions that the Duke of Sussex could make his first UK return since officially stepping down for the talks.

Mr Fitzwilliams said: “Firstly, as I understand it, travel is discouraged.

“We know that the Sandringham agreement is going to be reassessed.

“I imagine that it will be reassessed virtually.

“It’s supposed to take place at the end of March, and that’s relatively soon.”

READ MORE: Queen leaves Meghan and Harry in charge of role as ‘only royal link’

He continued: “There are reports that the lockdown may last until then.

“Even if it doesn’t, we don’t know whether or not [Harry] will wish to make that trip, and in what way.

“You’d find it very difficult depending on the regulations both in the United States and here.

“Also this is something that could entirely be done virtually.”

Those eligible to enter the USA are required to self-isolate for up to 14 days after arrival.

The UK Foreign Office also advises against all but essential travel to the US.

Due to the national lockdown in England, the UK Government has urged Britons to not travel internationally unless they have a legally permitted reason to leave home.

From January 18, those arriving back in England, Scotland, or Wales, will have to provide evidence of a negative coronavirus test result taken up to three days before departure.

With both the Queen and Prince Philip shielding since March, Harry is therefore not expected to make the way across the Atlantic to meet with them in person.