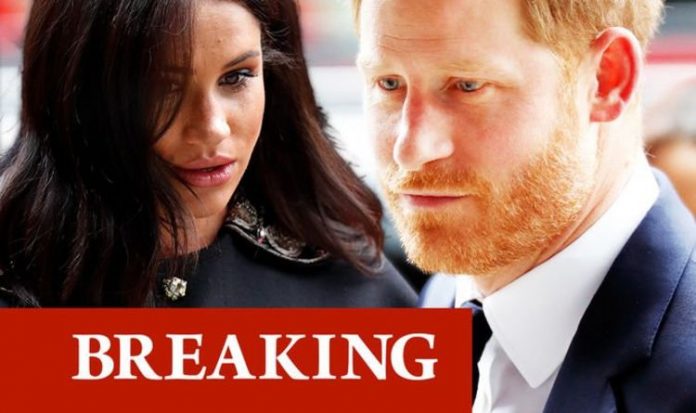 Prince Harry was devastated by the news his wife was having a miscarriage, as Meghan Markle bravely opens up on the experience. Writing in an opinion piece of The New York Times, the Duchess speaks out on the couple’s heartbreaking experience of loss.

Meghan said she felt a “sharp cramp” in a morning in July this year, while she was changing her son Archie’s nappy.

She said: “I knew, as I clutched my firstborn child, that I was losing my second.”

The Duchess said she and Harry then went to hospital, where her worst fears were confirmed.

She said: “Hours later, I lay in a hospital bed, holding my husband’s hand.

She added: “Sitting in a hospital bed, watching my husband’s heart break as he tried to hold the shattered pieces of mine, I realized that the only way to begin to heal is to first ask, ‘Are you OK?'”

Meghan has been heavily praised for opening up on the couple’s grief.

Dr Sarah Jarvis on the Vine show also praised the Duchess for opening up on Harry’s intimate experience.

She said: “I am pleased you mentioned Harry because so often the partners get forgotten when it comes to miscarriage.”

Meghan described the miscarriage and the loss of a child as an “almost unbelievable grief”.

She said she was surprised the topic is so seldom talked about, despite miscarriage occurring in 1 in 4 pregnancies.

She wrote: “Losing a child means carrying an almost unbearable grief, experienced by many but talked about by few.

“In the pain of our loss, my husband and I discovered that in a room of 100 women, 10 to 20 of them will have suffered from miscarriage.

“We have learned that when people ask how any of us are doing, and when they really listen to the answer, with an open heart and mind, the load of grief often becomes lighter — for all of us.

“In being invited to share our pain, together we take the first steps toward healing.”