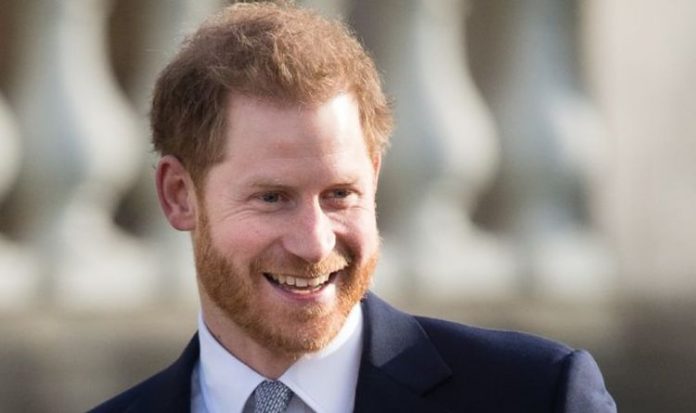 Royal experts Maggie Rulli and Omid Scobie discussed Prince Harry’s recent talk with Fast Company magazine. While speaking on Mr Scobie’s podcast, Heir Pod, the duo agreed Prince Harry had found his voice and was growing in confidence as he spoke on American-centric issues. Mr Scobie insisted that both Harry and wife Meghan Markle were expected to continue discussing the importance of safe social media use.

Ms Rulli added that Prince Harry has insisted that the goal should be to have freedom of speech while also having friendly attitudes to other people online.

Ms Rulli said: “Prince Harry spoke on the event at the Capitol, a very American-centric event and then dived into the world free speech on digital media.

“He definitely made it into something that was bigger than himself, that is where his comments are really shining through.

“He knows what it is like trying to survive the digital world and it is interesting seeing this become something so important to him.

“This is something we can consistently hear him speak out about.”

Mr Scobie added that Prince Harry and Meghan Markle were likely to use their status to speak up for those without a voice.

He added: “You can’t really blame them for seeing this as such an important issue.

“Prince Harry does go on to say that this isn’t just about them, it is also about many people including those in much more vulnerable positions than them.

“They have certainly brought on some great minds to work with and we have heard with some of those partnerships in recent weeks.

“I think this is the start for him, Prince Harry has certainly found his voice, that is for sure.”

The pair concluded that due to Harry and Meghan’s relationship with the Press, the importance of responsible sharing of information and conversations will remain a crucial topic for them.

Ms Rulli also went on to praise Prince Harry for his simple suggestions on how to use social media responsibly and sparingly.