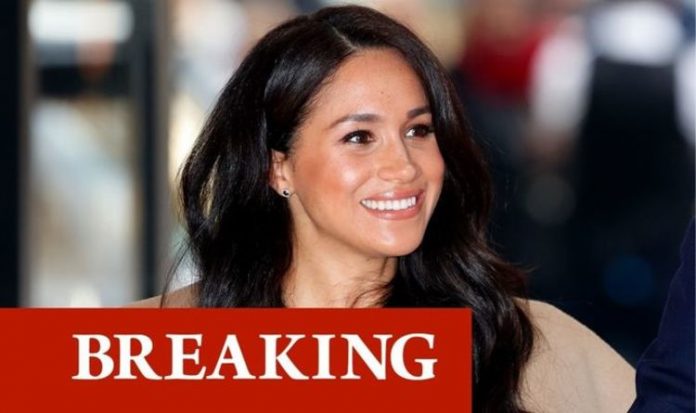 Yesterday it emerged Meghan’s first names, “Rachel Meghan” had been removed from her son Archie’s birth certificate a month after he was born. Instead, her name reads “Her Royal Highness the Duchess of Sussex”. A spokesperson for the Sussexes has just issued a statement denying that Meghan was behind the change.

In a statement to the Independent, the spokesperson said: “The change of name on public documents in 2019 was dictated by The Palace, as confirmed by documents from senior Palace officials.

had claimed the change in name was a “snub” to Kate, Duchess of Cambridge, as her full names are included on their children’s birth certificates.

But the spokesperson said the claim of a potential “snub” would be “laughable were it not offensive”.

His birth was registered on May 7, with Meghan using both her first names on the certificate.

But the couple decided to change the official document on June 5.

Lady Colin Campbell, who spotted the amendment, said: “It is extraordinary and raises all kinds of questions about what the Sussexes were thinking.”