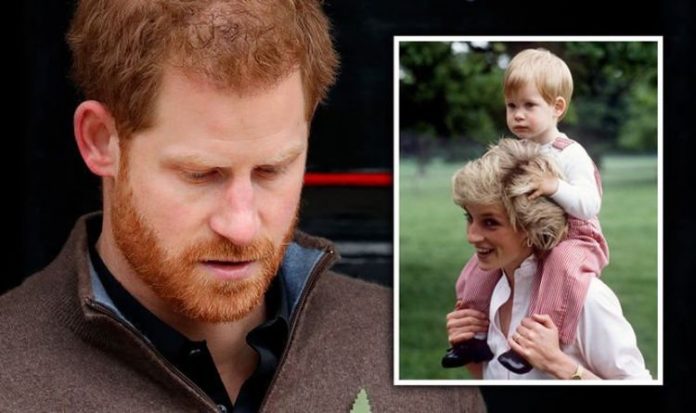 Prince Harry, 35, and Meghan Markle, 39, have bought their first home together in Montecito, Santa Barbara where they settled in with their son Archie Harrison, one, last month. In recent weeks Meghan has revealed her happiness at being home and the couple are expected to be based in the USA long-term.

While Meghan and Harry have kept their UK home Frogmore Cottage they have not confirmed plans to return to Britain any time soon.

However, a new royal announcement suggests Harry could return to his homeland next summer in order to attend a deeply emotional event.

On Friday a joint statement from Prince William and Harry confirmed plans to honour their late mother Princess Diana with a statue.

The commissioned tribute is to stand in the Sunken Garden at Kensington Palace and is due to be unveiled on July 1, 2021.

READ MORE: Diana statue to go up where Harry and Meghan announced engagement

An official statement from the two princes read: “The statue that Prince William and Prince Harry have commissioned to commemorate their mother, Diana, Princess of Wales, will be installed next year on what would have been her 60th Birthday.

“The statue was commissioned to mark the twentieth anniversary of her death and recognise her positive impact in the UK and around the world.

“The statue will be installed in the Sunken Garden of Kensington Palace on July 1, 2021, marking The Princess’s 60th birthday.

“The Princes hope that the statue will help all those who visit Kensington Palace to reflect on their mother’s life and her legacy.”

Given Prince Harry’s deep love for his late mother, it seems highly likely he will be there to see her statue unveiled.

This means the Duke is likely to return to the UK in time for the event next July.

Meghan and Harry ceased to be senior royals in March and their status is expected to be reviewed by the Queen next year.

While it’s understood Meghan and Harry had accepted an invitation to visit the Queen at Balmoral this summer with their son Archie, the trip was called off amid the pandemic.

They write: “They walked out of a small gate at the side of Kensington Palace and up the long, canopied path to the Sunken Garden, whose lily-covered water in the ornamental pond and colourful pansies, tulip, and begonias made it one of Princess Diana’s favourite spots on the estate she once called home.”

Touching on the reaction to news of Harry and Meghan’s happy news the authors write: “Within seconds of learning the news, media outlets from around the globe stationed in London raced to the tightly organised photo op at the Sunken Garden in Kensington Palace, where Princess Diana would often chat to the gardeners after morning jogs around Kensington Gardens.”

The statue of Diana is designed to prompt visited to reflect on the late Princess of Wales’s legacy.