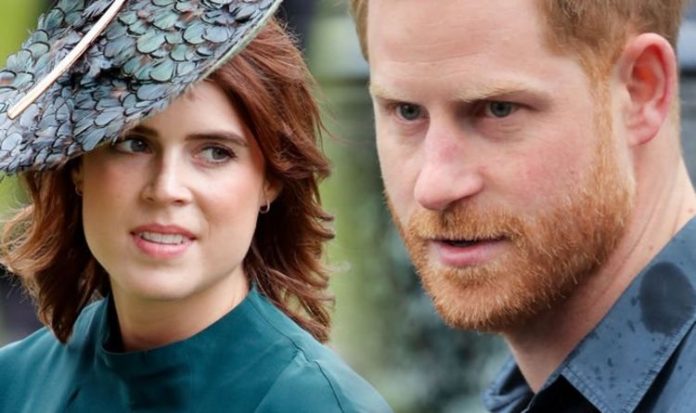 Eugenie and Jack live in the grounds of Kensington Palace in London, and are neighbours with Prince William and Kate, Duchess of Cambridge and their three children.

Prince Harry has previously said he wants his son to be “best friends” with William and Kate’s children.

Harry became an uncle for the first time in 2013 when Prince George was born.

According to royal expert Katie Nicholl, “the Cambridge children have actually only met Archie a handful of times.”

In book Finding Freedom: Harry and Meghan and the Making of a Modern Royal Family, journalists Omid Scobie and Carolyn Durand claimed Harry “had an image of getting married and spending time with William and Kate, the two couples together, their children best friends.”