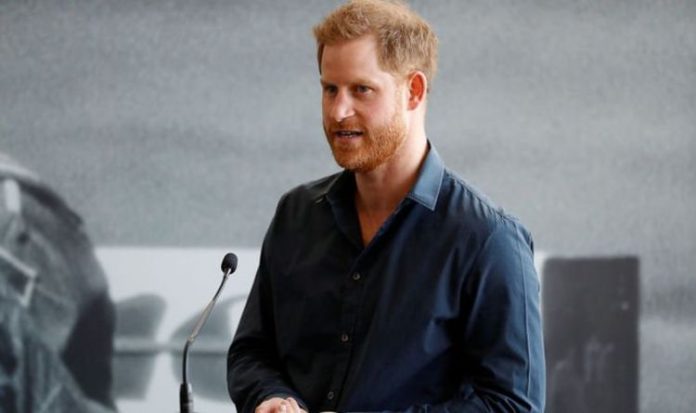 The Duke and Duchess of Sussex, appearing in a two-minute trailer, said the first Archewell Audio podcast will be released over the festive period. Following the teaser, voice actor Jane Whitthenshaw, who has appeared in a series of BBC dramas and adverts, has discussed the way Harry talks.

She told The Telegraph: “Prince Harry has loosened his accent to make it more acceptable to real people.

“He never had the cut-glass vowels of his grandmother and this is part of breaking with the Firm and moving on.”

A cut-glass manner of speaking is one in which words are pronounced very clearly and carefully, and is associated with a high social class.

Body language analyst Judi James spoke to Express.co.uk about Harry’s accent after he appeared in a video call about Netflix documentary Rising Phoenix, a film about the Paralympics.

She said he “shows signs of his immersion in a US lifestyle” by “adopting the traces of an American accent when he pronounces ‘matter’ as ‘madder’”.

The 36-year-old’s accent also drew attention from beloved wife Meghan, 39, during the trailer.

It begins Harry saying, “So, shall we… start? Ladies first?”

Meghan then replies, “No, say it! Because I think it sounds really nice with your accent.”

World Central Kitchen is a not-for-profit devoted to providing meals in the wake of natural disasters, founded in 2010 by celebrity chef José Andrés.

Harry has been connecting with brother Prince William, 38, by sending gifts to his nieces and nephews.

She said: “I think relations are better between them.

“I know they are in touch, they do talk.

“Harry has sent over loads of Christmas presents for the Cambridge children.

“They will Zoom, they will chat over the holidays.