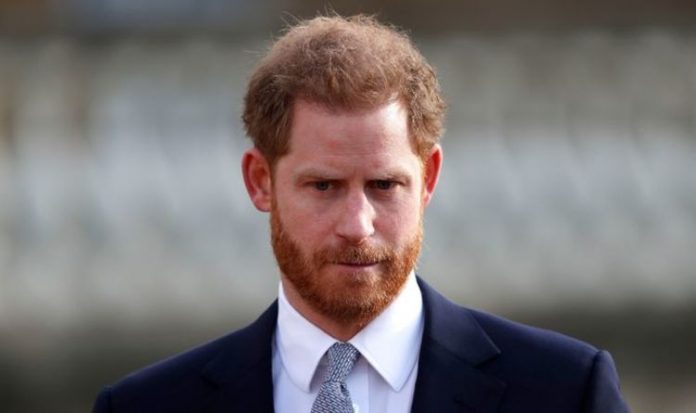 The Duke of Sussex spoke to members of senior royals about the tragic news, a source told The Daily Beast. They also knew of Meghan’s intentions to write an op-ed telling her story for the New York Times ahead of its publication.

The source did not specify who in Harry’s family was told, but it is believed Queen Elizabeth, Prince Charles, and Prince William knew.

Speaking to People about the news, a Palace source said: “There is a lot of sadness around the family.”

In the devastating article, the Duchess of Sussex revealed how she found out she was having a miscarriage back in July.

She described holding her firstborn, Archie Harrison, while realising she was losing her unborn child.

Writing in the New York Times, Meghan said: “It was a July morning that began as ordinarily as any other day: Make breakfast. Feed the dogs. Take vitamins. Find that missing sock.

“Pick up the rogue crayon that rolled under the table. Throw my hair in a ponytail before getting my son from his crib.

“After changing his diaper, I felt a sharp cramp.

“I knew, as I clutched my firstborn child, that I was losing my second. Hours later, I lay in a hospital bed, holding my husband’s hand.

The Duchess’ account of her and Harry’s experience also describes how she saw his “heart break” as he tried to comfort her.

She added: “Sitting in a hospital bed, watching my husband’s heart break as he tried to hold the shattered pieces of mine, I realised that the only way to begin to heal is to first ask, ‘Are you OK?’”

Meghan went on to highlight the importance of checking on others.

She recalled a time when she was younger and saw a woman crying on the street as she drove by in a taxi in Manhattan.

The Duchess described asking the driver to stop to check that she is OK, but the driver said: “Don’t worry, somebody on that corner will ask her if she’s OK.”

Linking that experience to her grief, she added: “Losing a child means carrying an almost unbearable grief, experienced by many but talked about by few. In the pain of our loss, my husband and I discovered that in a room of 100 women, 10 to 20 of them will have suffered from miscarriage.

“We have learned that when people ask how any of us are doing, and when they really listen to the answer, with an open heart and mind, the load of grief often becomes lighter — for all of us. In being invited to share our pain, together we take the first steps toward healing.”