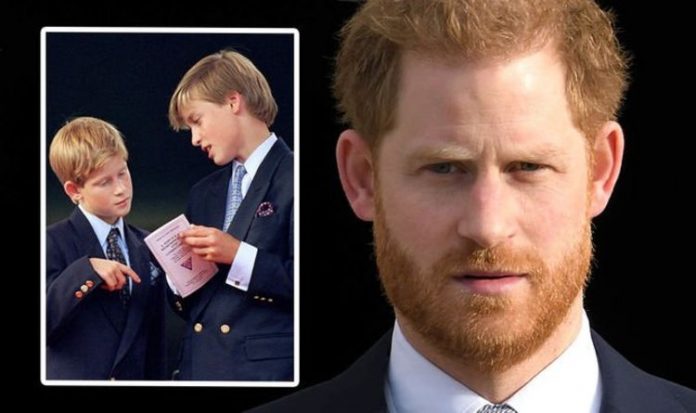 Ms Thornton said Prince William may have been hurt by the “loss” of his brother.

She explained: “I am sure it’s a temporary loss.

“And that’s touched upon in our TV special.

“These guys will repair. They will heal.

“But right now, there are fractures quite clearly within their relationship.

“They’re not even living on the same continent.

“And that’s going to hurt because they… were shoulder to shoulder, brother to brother.”

However, the expert told Fox News, Harry and William may eventually bridge the gap given by their physical and emotional distance.

She added: “But that doesn’t mean to say that they can’t heal whatever ‘rift’.

“Because at the end of the day, when you work together and you are family members, I think it’s an extraordinary expectation to expect nobody’s ever going to fall out and nothing’s ever going to go wrong.

“And that you’re not going to butt heads.”

The expert believes this clash could have a positive impact on the Royal Family and its constant attempt to be in touch with the present.

Ms Thornton said: “What we want for our Royal Family is for them to be progressive, it’s for them to have an appetite to modernise.

“And you can’t expect them to do that without hitting a few bumps in the road.

“And I think that’s pretty much what’s happening here.”

Rumours of issues between the Cambridges and the Sussexes started in late 2018, when the palace announced Prince Harry and his wife Meghan Markle had decided to move out from the Nottingham Cottage, on the grounds of Kensington Palace.

This decision, which saw Meghan and Harry moving into Frogmore Cottage in Windsor in the spring of 2019, sparked speculation the Duchess of Sussex and the Duchess of Cambridge were at loggerheads.

However, sources later dismissed tensions between the Duchesses – but spoke of a rift between the brothers.

The Sussexes continued their path towards independence from Kensington Palace in early 2019, when they announced the creation of their own household and press team, based at Buckingham Palace.

Harry and Meghan, who had joined the Royal Foundation only in early 2018, also announced they would create their own charitable platform and leave the one founded by the Dukes in 2009.

Prince Harry and Prince William’s rift has been widely explored in the newly-published biography Finding Freedom.

According to sources who spoke to authors Omid Scobie and Carolyn Durand, Prince Harry’s relationship with William started to become cold when the Duke of Cambridge told his younger brother not to “feel like you need to rush” things with Meghan.

According to sources, William added: “Take as much time as you need to get to know this girl.”

This piece of advice, together with the ongoing dynamic between the brothers which had seen for years William looking after Harry, has been pinned down as the beginning of the royal rift by the book’s authors.

They wrote in their book: “In the months after William talked to Harry about the relationship, the two hardly spoke.

“The brothers went from always making time for each other to barely spending any time together.”