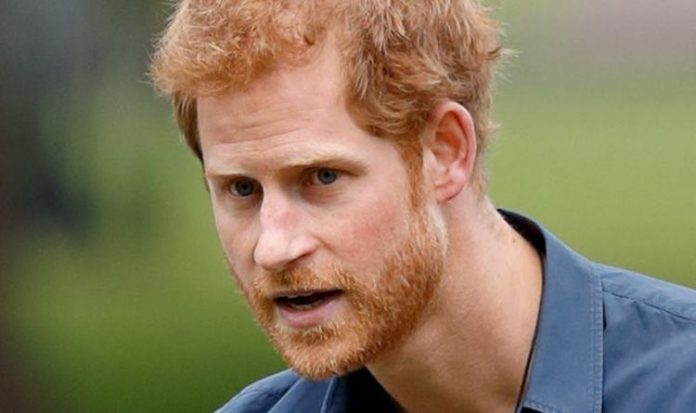 Prince Harry was connected to a string of long and short-term girlfriends before finally settling down with Meghan Markle in 2018. But author Robert Lacey suggested the Duke of Sussex could have seen another relationship last had Kate, the Duchess of Cambridge not inadvertently “spooked” his partner shortly after giving birth to Prince George in 2014. Writing in his book ‘Battle of Brothers’, Mr Lacey suggested Harry’s girlfriend Cressida Bonas had been pushed into breaking up with him after seeing coverage of Kate and George’s first tour together.

Mr Lacey wrote: “A rising actress, Cressida did not enjoy the critical remarks that she could hear people making behind her back when she walked down the street in London.

“She felt that the fame of her relationship put her ‘in a box.'”

He added: “In 2014, she was said to have been ‘completely spooked’ after watching the TV coverage of William and Kate touring New Zealand with baby George in tow.

“That was not the way she would want to enjoy her eight-month-old son, she regretfully explained to Harry.”

Harry and Cressida parted amicably shortly after, saying in a statement: “It’s very sad that they have decided to split but this is a completely amicable separation and they are remaining the very best of friends.”

Despite the breakup, Cressida and Harry remained close friends and the actress was later invited to his wedding to Meghan Markle a few years later.

A previous serious girlfriend, Chelsy Davy, was also believed to have given Kate and William’s relationship as a reason to end her dalliance with Prince Harry years earlier.

Commentator Katie Nicholl claimed the Duke and Duchess of Cambridge in 2012 clinched the deal for Chelsy about her future as a potential member of the Royal Family.

“She saw what it would be like in the spotlight, and she didn’t want that life for herself.

“She truly loved Harry, but knew this wasn’t a life she could lead.”

While still active in the public sphere, Prince Harry also chose to distance himself from the attention of royal life and announced he would step down from his role as a working royal in March.

The Duke and Duchess of Sussex settled in Los Angeles shortly after their departure from the UK and have since struck several public speaking deals while trying to establish themselves as independent private workers.