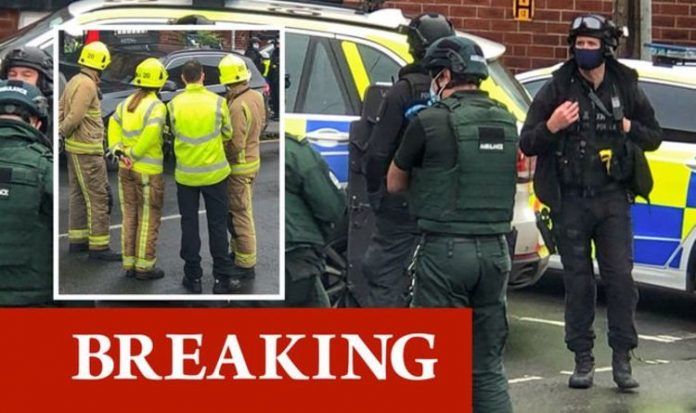 Pictures show dozens of emergency services responding to the incident in the Woodhouse area of Leeds. West Yorkshire Fire and Rescue Service and Yorkshire HART Ambulance Service are on the scene.

West Yorkshire Police said they were called to an address in Quarry Place at 6.58am due to concenrs about “the behaviour of a man” who refused to come out of the property.

A statement read: “At 6.58am today (20/10) police were called to Quarry Place, Woodhouse, Leeds, over concerns about the behaviour of a man at an address.

“The man was refusing to come out and an operation, involving firearms officer and negotiators, was put in place to bring the incident to a safe conclusion.

“With increasing concerns for the man’s welfare, officers entered the property and detained the man without incident shortly before 11am.

“The scene has now been lifted but officers from the local neighbourhood policing team will be maintaining a presence in the area to reassure the community.”