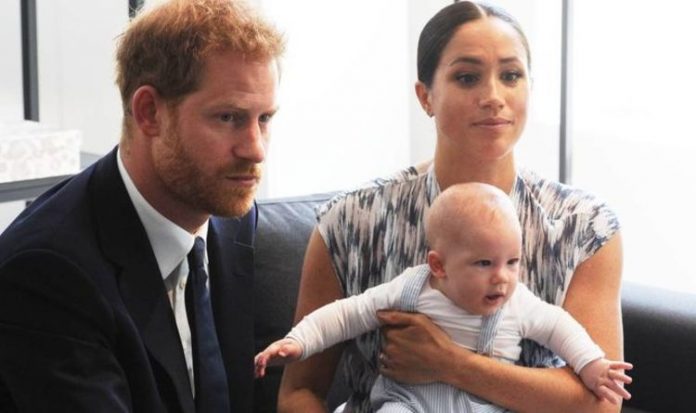 The Duke and Duchess of Sussex have set up home in the US after stepping down as senior royals in March. Harry has publicly spoken about the changes he has been forced to make while bringing up his 17-month-old. This has included trying to teach him about popular British sport rugby, which is not played much in the US.

Now Harry will celebrate his first Thanksgiving at his home in Montecito in California, with wife Meghan and their son, on Thursday, November 26.

The US state has been hit with more than 900,000 cases of coronavirus since the start of the pandemic.

A statement issued by the Department of Public Health said: “Gatherings that occur outdoors are significantly safer than indoor gatherings.

“All gatherings must be held outside.

“Attendees may go inside to use restrooms as long as the restrooms are frequently sanitised.”

Meghan and Harry celebrated their first Thanksgiving with Archie in Canada last year.

Harry also admitted he is “loving” experiencing new things with son in the US.

“What I need is a few mini rugby balls that I can get Archie involved with the game, because at the moment it’s impossible to find any.

“But I’ve got a little bit of space outside — which we’re fortunate enough to have — so I need to get him playing some Rugby League.”

Harry added he has plenty of outdoor space, which may be useful under the new covid guidelines.

He said: “I am just unbelievably fortunate and grateful to have outdoor space and see my son be able to be outside, because I know that so many people just haven’t had that opportunity in the last five months.

“You may be fine, you may have a garden, you may have the space, you may be feeling, ‘Wow, this is really hard’ — but take that moment and go, ‘If it’s hard for me, how much harder must it be for other people as well?'”