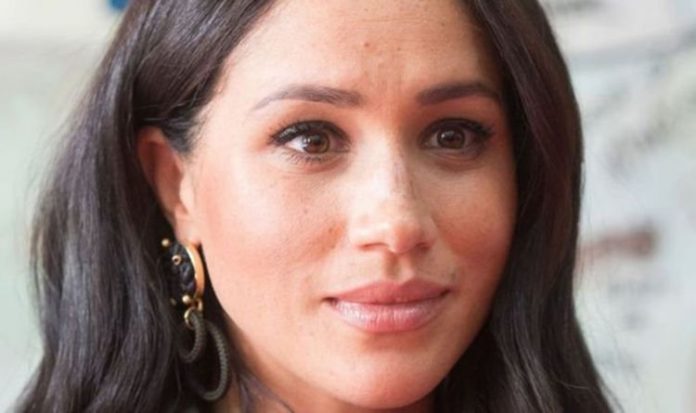 Meghan Markle opened up about her miscarriage in a candid article for the New York Times earlier this week. The miscarriage, which happened in July, was described as “an almost unbearable grief” by the Duchess of Sussex. Speaking to The Royal Beat, Vanity Fair Royal Correspondent Katie Nicholl revealed that Prince Harry was the one who persuaded Meghan to open up about the tragedy.

Ms Nicholl told True Royalty TV: “Harry was involved. He didn’t write it – these are her words, obviously.

“But he said to Meghan ‘I think you should write about this miscarriage because if we can help another family going through this then it is a reason to do it’.

“That is why they did it. It does dovetail into their work on mental health and awareness.

“You look at Harry and some of the things that he has said you would never expect from a senior royal.”

She added: “The admission that it took him years to process the grief over his mother, that he went to counselling.

“When have we ever read a royal write like that?”

Writing in the New York Times this week, Meghan said: “I knew, as I clutched my firstborn child, that I was losing my second.”

She went on to describe how she watched “my husband’s heart break as he tried to hold the shattered pieces of mine”.

A source close to the duchess confirmed to the BBC that the duchess is currently in good health.

Buckingham Palace refused to comment on the news, only releasing a statement that read: “It’s a deeply personal matter we would not comment on.”

The Royal Family were reportedly told of the miscarriage in July.

A palace source told People magazine: “There is a lot of sadness around the family.”

Meghan and Prince Harry stepped back from royal duties and moved to the United States earlier this year.