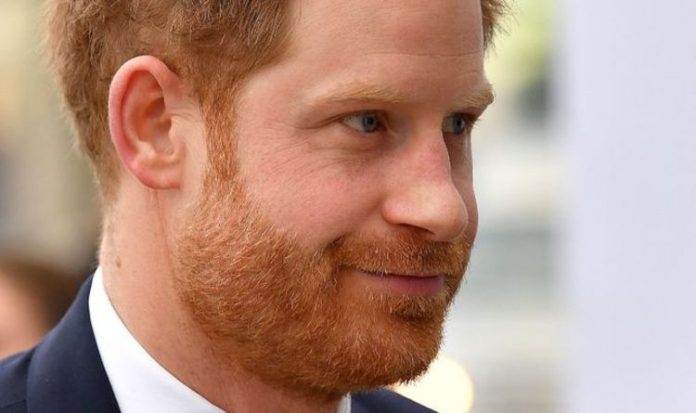 The Duke of Sussex reportedly described his future role as being “free” in the call with his grandmother. But Harry, who has moved to America with Meghan Markle, also insisted he “knows he has a duty” to the Royal Family.

The monarch is said to have told her grandson she was “delighted he has found happiness”.

A source told the Mirror: “Harry has spoken to the Queen, and she told him she was delighted he has found happiness.

“She only wants the best for him and his family.

“She has seen him struggle with his position in the family and had always had a great deal of affection and sympathy for him.

“Harry explained he had no regrets about his decision to step back from his role within the family.

“He went further to detail his thoughts about his future role.

“He described it as being free, but he knows he has a duty to the family and he reiterated his promise to never do anything to embarrass them.

“This is all about moving on, it was a very harmonious conversation between a caring grandmother and her grandson.”

On Megxit, Harry insisted it “was never walking away, it was stepping back rather than stepping down”.

He added that it was a “really difficult environment” and criticised the press, saying it was “destroying my mental health”.

Harry said he needed to move his family away but added: “I will never walk away, I will always be contributing. My life is public service.”

He also rapped the theme song to the 1990s’ sitcom The Fresh Prince Of Bel-Air and revealed the Queen’s Christmas present to his son Archie during his appearance on the show.

The Sussexes, who are expecting their second child, are giving a televised interview to US chat show host Oprah Winfrey which airs on March 7.

Since quitting royal duties, Meghan and Harry have set up home in a mansion in California.

The former actress and the Queen’s grandson have also signed lucrative deals with Netflix and Spotify to make shows and podcasts.