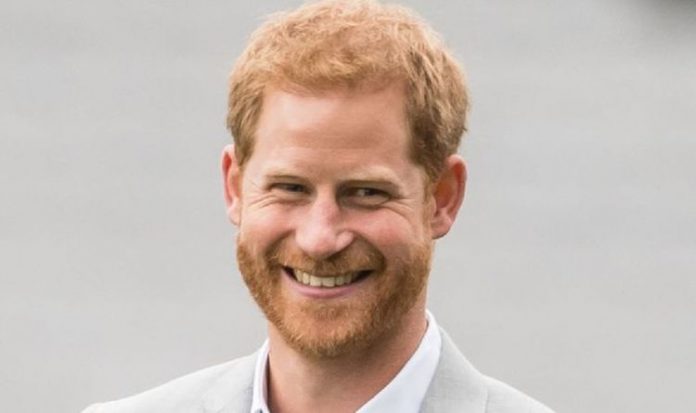 The Duke was appearing on an edition of The Late Late Show, hosted by his pal James Corden. The interview was aired on CBS on Thursday, although it was filmed on February 5. And during the conversation Harry revealed that he had never been able to ride a tourist bus around London, much to his disappointment.

The 17-minute clip begins with Mr Corden picking up Prince Harry in a double-decker tour bus.

The chat show host asks the Duke for his fare, with Harry replying: “You know us royals, we don’t carry cash.”

Harry then told the TV star: “This is very nice. It’s the first time I’ve been on an open-top bus.”

The TV chat show host then acts as tour guide, as they cruise through the city, pointing out the homes of Friends star David Schwimmer and the Die Hard legend Bruce Willis.

Harry and his wife Meghan and baby son Archie are now living in their new home in Montecito, California.

They are building their post-Royal careers, and have recently signed multimillion dollar deals with streaming giants Netflix and Spotify.