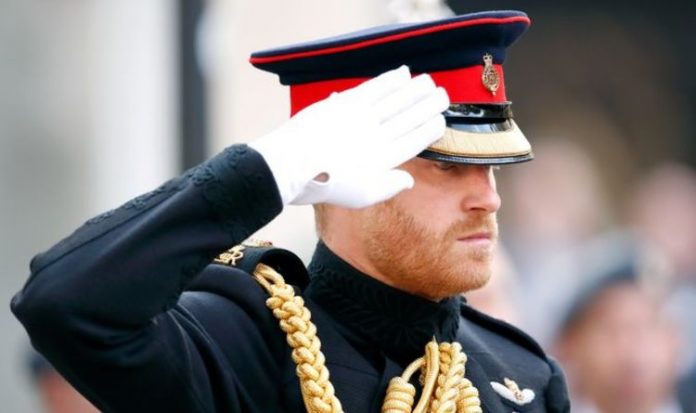 Commentator Nana Akua joined Channel 5’s Jeremy Vine show on Friday to discuss whether Prince Harry should have his beloved military titles returned to him. The Royal expert insisted that the Duke of Sussex “can’t have everything” when it came to retaining his titles. There has been speculation over whether Prince Harry would be able to have his official military appointments returned in the review of the agreement reached with the Queen when he quit as a frontline member of the Royal Family.

She told Jeremy Vine: “Well, I think welcome to the real world Harry.

“You can’t have everything, you chose to leave,

“It was agreed your titles would be reviewed in a year, I don’t think you deserve them.

“And actually after the current performance over that year, no way, absolutely not.”

JUST IN: Kate and Prince William suffer with major ‘gap’ as Camilla ‘not keen’

Much of the Duke’s work as a senior royal focussed on helping former servicemen.

Arguably his most notable project as a senior royal was launching the Invictus Games for injured veterans – an event he is still very much involved with despite stepping away from the royal bubble.

Given Harry’s strong pride in his military links he may hope to get his honorary titles back from the Queen.

READ  Brexit news: May faces her most crucial 24 hours to save UK's future | Politics | News - UK

Prince Harry officially stepped back from his royal duties in March 2020.