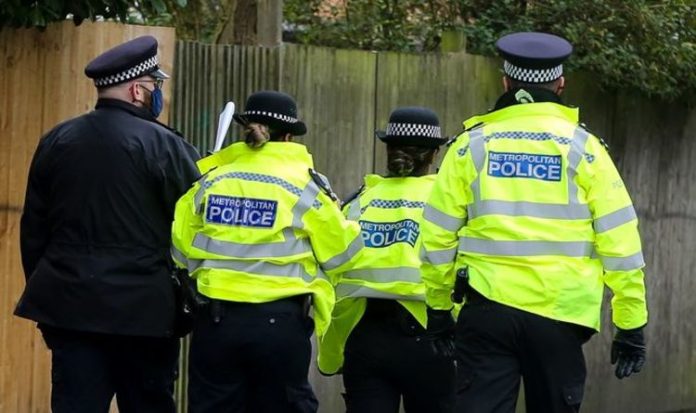 England is currently in its third national lockdown after cases of the coronavirus pandemic soared last month. And now, fines for breaching self-isolation could be increased from £1,000 to £5,000 under plans being considered by ministers.

For repeat offenders, the rules could be increased to a staggering £10,000.

This warning comes after Baroness Dido Harding, head of the Test and Trace programme, said around 20,000 people a day were still coming into contact with others despite being told to self-isolate.

A Government source said: “The level of fines in the UK is significantly lower than elsewhere.

“We are looking at whether they are sufficient.”

Fines could also be increased for people who fail to fill in passenger locator forms on arrival into the UK.

These forms are used to carry out spot checks to ensure that people are isolating.

Addressing MPs this week, Baroness Harding said internal surveys have found less than 60 percent of people told to isolate were complying to the rules.

READ MORE: Remainers’ humiliated as row to stay in EU ‘wasn’t about Brussels’

She warned care was needed to ensure financial support “genuinely drives the right behaviour rather than any unforeseen consequences”.

Government surveys through the pandemic have found financial hardship is one of the main reasons why people have not been self-isolating.

Health Secretary Matt Hancock is believed to be in favour of the option of payments to those who test positive, costing up to £453 million a week.

However, the Treasury rejected plans to given everyone who tests positive £500.

The Prime Minister Boris Johnson’s spokesperson said: “We’ve given local authorities £70m for the scheme and they are able to provide extra payments on top of those £500 if they think it necessary.

“That £500 is on top of any other benefits and statutory sick pay that people are eligible for.

Under the current system, low earners on certain benefits are eligible for £500 payments if they test positive for the virus.

According to the Times, those who do not qualify can ask councils for discretionary £500 grants.