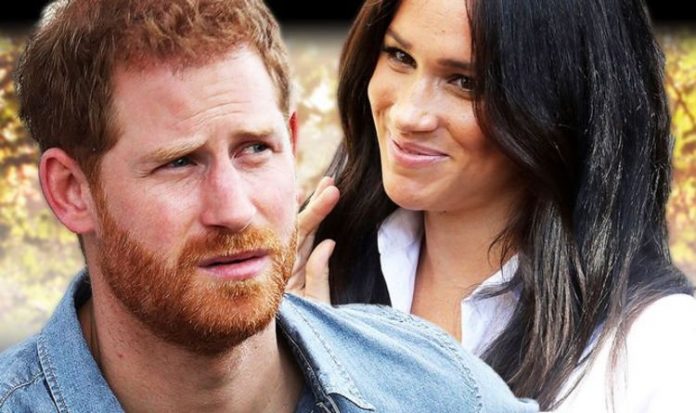 An ongoing row between the Duke of Sussex and William has dominated royal discussions this year, following the publication of Finding Freedom and his decision to stand down from the Firm, alongside wife Meghan Markle. Arguing they wanted to lead a “financially independent life”, the Sussexes opted to move away from their formal position within the Royal Family, and set up a new life for themselves with young son Archie, over in the US. Since their departure, they have remained firmly in the spotlight, carrying out keynote speeches as well as signing a lucrative Netflix deal to produce content for the platform.

Meghan made a name for herself as an actress on the US show Suits, while also furthering her brand as a spokeswoman on issues such as gender equality and race.

After taking up her position in the Royal Family following her marriage to Harry in 2018, she was unable to continue her campaigning, due to the protocol of remaining politically neutral on certain topics.

And before they became an item in 2016, Harry was given a stark reminder by his grandfather, Prince Philip, that he should avoid dating actresses.

According to a YouTube video by The List this year, Philip said: “One steps out with actresses, one doesn’t marry them.”

This would no doubt have been a massive blow for Harry, who according to the book Royals at War: The Untold Story of Harry and Meghan’s Shocking Split with the House of Windsor, was drawn to Meghan’s “confidence, commitment, drive and ambition”.

Links have also been made between Harry’s decision and when Edward VIII abdicated the throne in order to be with socialite Wallis Simpson.

Wallis, like Meghan, was a divorcee, and at the time Edward was unable to marry someone who had previously been wed, as well as become monarch.

The former King would go on to marry Wallis in 1937, when her second divorce was finalised, remaining married until his death in 1972.

The royal world was rocked by Edward’s decision to stand down from his duty to the crown.

When Harry and Meghan made their decision back earlier this year, a similar feeling of them relinquishing their duties followed them.

In a statement at the time, Harry said: “The decision that I have made for my wife and I to step back is not one I made lightly. It was so many months of talks after so many years of challenges, there really was no other option.

“But I hope that helps you understand what it had to come to, that I would step my family back from all I have ever known to take a step forward into what I hope can be a more peaceful life.”