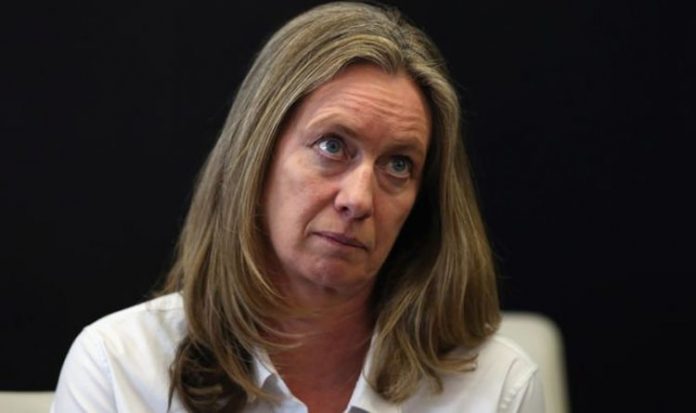 Yesterday the government, under the advice of its scientists, laid out a set of tips for people to follow around mixing households during the Christmas celebrations. Officials stated it is: “especially important to involve women in decision-making about creating safer household environments”, noting that females have experienced increased unpaid care responsibilities amid the pandemic “due to the heightened need to care for elderly family members and childcare due to school and nursery closures”. However Justine Roberts, Chief Executive of websites Mumsnet and Gransnet hit out at the advice – which also included advice on opening windows, quizzes instead of board games, postponing meet ups or having an online gathering.

She said the decision makers at the heart of government – referred to as the “quad” including Boris Jonson, Rishi Sunak, Michael Gove and Matt Hancock were all men.

And she said that much of the pandemic policy had ignored the needs of women which the government itself admitted was bearing the brunt of many of its restrictions: “This is hypocritical advice and the government should put its own house in order before issuing such advice to the population.

There has been a complete dearth of women at the centre of power and decision making during this pandemic.

This has been shown by Rishi Sunak’s autumn spending review which failed to provide any extra provision for childcare, the recent need for a U-turn over earlier advice that women not being able to meet up with their babies and children.

“It has not been recognised that women have largely had to bear the brunt of the coronavirus restrictions. Research shows they are more likely to have lost their jobs or been furloughed as a result of the pandemic, grandparents can no longer step in and help out as they once did due to the restrictions and women and are over distributed in the caring industries which have had to put themselves at risk as well as picking up the slack at home.

“The government needs to involve women at the very centre of its pandemic strategy and decision making and there needs to be a women based strategy to account for this. mMaking comments to the public about how it should do this is just overlooking the fact that women are really struggling.”

Robert Dingwall, Professor of Sociology, Nottingham Trent University said: “Women have borne the brunt of the pandemic so far. They have lost jobs in retail and hospitality, been rebuffed from visits to care homes and turned into home teachers. Now it seems that they are to be made responsible for household safety. This truly is turning the clock back to the 1950s.”

The comments followed the new Christmas advice from scientific advisors to the government which also recommended that quizzes instead of board games, spacing out furniture, and opening windows should be among measures taken by households to reduce the risk of spreading coronavirus at Christmas get-togethers.

– Have an online gathering, postpone to a later date or meet for a walk, or for a “distanced drink” outside someone’s house or in a public place.

They say children should share a room with their parents rather than children from different Seating members of the same household opposite each other, and spacing members of other households further away, are recommended, perhaps even using place names as a “physical prompt”.

They recommend “short-term airing” – by opening windows for between 10 and 15 minutes every hour.

Games involving lots of shared objects, such as board games, are not recommended. Scientists say these could be substituted for quiz-based games.

Festive singalongs indoors are not recommended, with experts saying several studies have shown that singing is associated with a high transmission risk especially if ventilation is poor.

And dancing along to your favourite Christmas tunes is not advised either, with scientists saying aerobic activities like high-energy dance fitness have been linked to outbreaks, explaining that this is probably down to higher breathing rates.

Scientists advise that people should avoid physical contact “as far as possible”, especially anything involving face-face or face-hand contact.

They suggest “gestures such as elbow bumps or air greetings could be used as alternatives”.

They add: “If there is physical contact it is a good idea to keep it to the minimum duration, turn faces away and wash hands afterwards.”

Earlier this week, England’s chief medical officer, Professor Chris Whitty, said people should not hug or kiss elderly relatives “if you want them to survive to be hugged again”.