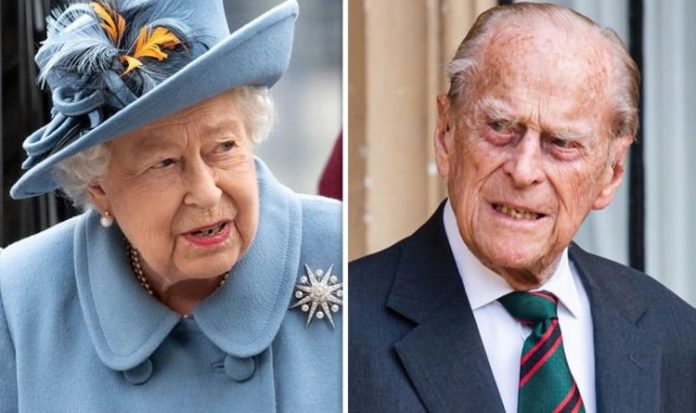 Prince Philip, 99, and Queen Elizabeth II, 94, have been married for more than seven decades and the Queen has previously referred to the Duke of Edinburgh as her “strength and stay.” Nonetheless, some royal fans have been left wondering why the Queen has not visited her husband since his initial admission to hospital on February 16.

On Monday, Prince Philip was transferred from King Edward VII private hospital in London to St Bartholomew’s Hospital for continued treatment of an infection.

The Palace have been keen to play down fears for the Duke’s health emphasising that his admission was a non-emergency matter and that his illness is not related to COVID-19.

A Palace statement confirming the Duke’s hospital transfer on Monday read: “The Duke of Edinburgh was today transferred from King Edward VII’s Hospital to St Bartholomew’s Hospital where doctors will continue to treat him for an infection, as well as undertake testing and observation for a pre-existing heart condition.

READ MORE: POLL: Should Harry and Meghan delay interview as Philip in hospital?

Before today’s Palace statement, the Duke’s pre-existing heart condition was not public knowledge.

Reacting to the update, BBC royal correspondent Nicholas Witchell said: “This is not the reassuring news people were hoping for.

“We have learnt for the first time he has a pre-existing heart condition – it adds a new dimension.”

The Duke is expected to rejoin the Queen at Windsor Castle once he is discharged.