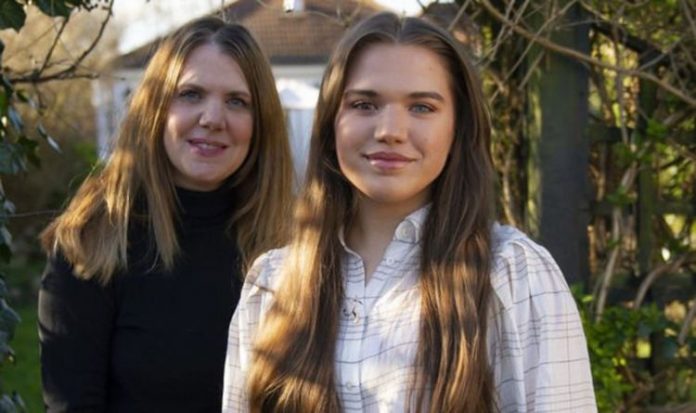 Matt Hancock asked to approve Kuvan for over 18s by teenager

Last week we revealed how drugs appraiser NICE is set to recommend Kuvan on the NHS for PKU sufferers but to save money, only for children. It means all adults must continue to suffer – and even those children soon getting the drug will be stripped of it on their 18th birthday.

She wrote: “Are you aware of any drug other than Kuvan that is taken away from the patient when they reach 18? I certainly can’t.

“All of my life I have been on a highly restrictive low protein diet where I cannot eat meat, fish, eggs, dairy, pulses, and even some fruit and vegetables are restricted.

“Patients with type 2 diabetes could be treated with a Mediterranean diet, yet NICE doesn’t take their insulin away.

“How is a parent supposed to tell their 18-year-old they now have to live a life where they will never feel full again.

“You’re a father. Would you be able to have this conversation?”

Lily, of West Drayton, in Middlesex, told the Daily Express: “I just felt compelled to write to our Mr Hancock as PKU sufferers are in a desperate state.

“We are delighted that children will hopefully soon be getting access after all these years, following NICE’s announcement last week.

“But NICE has turned its back on all the adults, like me. We should all have equal access.

“If Mr Hancock wanted to fix this he could step in and sort this mess out.”

Former Health Secretary Jeremy Hunt told the Daily Express that the lack of Kuvan in the UK was a “national scandal”.

Mr Hunt, the chairman of the Health and Social Care Select Committee, told us: “Although it is a genuine breakthrough Kuvan will now be made available for children it is desperately disappointing it was not recommended as cost-effective for adults.

“Families and their supporters have spent years campaigning for a simple justice – to live normal lives.

“Now the price issues around the drug seem to have been resolved for children it is surely possible for BioMarin and the NHS to resolve them for adults.

“To do anything less would mean the continuation of a national scandal.”

There are around 2,000 people with PKU in NHS care in England alone but Kuvan is only suitable for around 30 percent.

Since 2008 Kuvan, BioMarin’s brand name for the drug sapropterin, has been available in Europe and in use in over 50 poorer countries including Croatia.

NICE told us that Kuvan for adults was not “an effective use of NHS resources” as dosage is based on weight, so adults need more than children.

Their decision is open for public consultation for a month before receiving final confirmation in April.

NICE’s deputy chief executive Meindert Boysen told us that they recommend Kuvan for children but the NHS should stop funding it when they turn 18.

He told us: “As it stands, the benefit for adults is not one that we think worth paying for. It would mean [children turning 18] would have to stop.”

The Health Secretary has received the letter from Lily Wood and sources say he will reply in due course.

Until then the Department of Health and Social Care laid the blame for the adults’ exclusion at the door of BioMarin’s pricing.

They said: “We are delighted children stand to benefit from this treatment following NICE’s interim recommendation.

“We understand their decision will be disappointing for adult patients.

“We urge the company to work with NICE and NHS England to ensure Kuvan is priced affordably so more patients can benefit as soon as possible.”

In a brief statement, NHS England claimed they were powerless to act over Kuvan as they are beholden to the judgements of NICE.

An NHS spokesman said: “NICE recommendations are legally binding and the NHS will implement their final decision.”