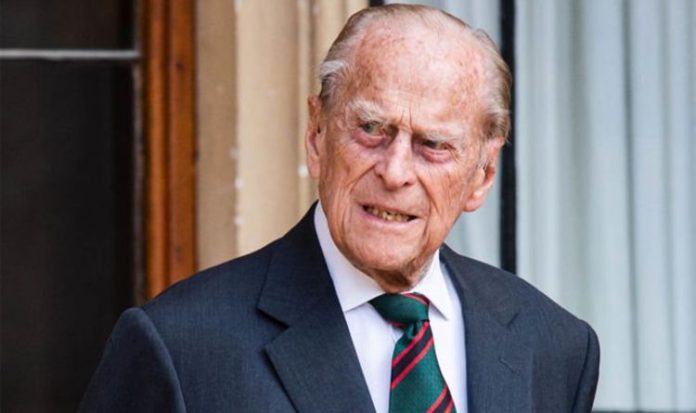 Prince Philip has been an enthusiastic advocate for the ‘Royal Family’, the 90-minute documentary filmed throughout 1969 which shows the royals carrying out their work as well as very mundane tasks. This film was received extremely well by the public, with the BBC estimating approximately 350 million people watched it around the world.

However, only a few years after it first aired, it disappeared from the screens by the order of the Queen.

Former royal correspondent Richard Kay recalled the huge success of the film when it first aired and how the Duke of Edinburgh was key in its creation.

Appearing on MailPlus’ Palace Confidential, he said: “The film, simply called Royal Family, came out in 1969, and it was nothing short of an absolute sensation when it came out, something like 31 million people in Britain watched it and they were absolutely gripped by it.

“It showed us an intimate portrait of the Royal Family.

“Prince Philip in particular was the driving force behind this.

“He had been in this long-running debate with the then-Labour Government that the royals were underfunded, he complained on American television and caused a big storm at the time.

“And this was kind of his way of getting revenge – ‘well if they are not going to accept that we are value for money, damn it we are going to show the public that we are’.

Prince Philip news: The Queen asked for the documentary to be taken off the air in early 1970s (Image: GETTY)

“But what it is chiefly remembered for, I think, are the intimate family snapshot sitting around the dining table gossiping, Christmas tree decorating, young Edward and Andrew having a snow ball fight.”

And this sparked the concern among the royal aides at the time the documentary could harm the Royal Family more than it was benefitting from it.

Mr Kay continued: “I mean the public just loved it and they wanted more.

“I remember a lot of commentators at the time saying well, we have seen them eating their meals, we now want to look into their kitchen cupboards.

“There was an argument that it had somehow opened the bottle and that it was going to be very hard to stuff the genie back into it.

“Certainly a lot of advisers around the Royal Family have always grumbled that this was a self-inflicted wound, had they not made that movie then things could have turned out differently.

Prince Philip news: The Duke of Edinburgh married the Queen in 1947 (Image: EXPRESS)

“I think that’s slightly naive, but it is an argument.

“I would say the Queen comes across as an incredibly dynamic and lively person, she was a young woman on top of her game in 1969, she was very fast with her views and her opinions and very decisive.

“I think the resistance in particular from the Queen was about having those family moments on screen.

“And that’s why when she agreed to that proposal she made it absolutely clear that if she didn’t like it the film would never be broadcast.”

The fly-on-the-wall documentary last aired in the early 1970s before the Queen demanded it to be locked up and never shown again.

However, after five decades, it resurfaced on YouTube in late January – only to be swiftly removed by the BBC a few days later.

Among those who criticised the decision to carry out a documentary on the royals, there was Princess Anne.

The Princess Royal lashed out at it saying: “I never liked the idea of Royal Family, I thought it was a rotten idea.

“The attention which had been brought upon one ever since one was a child… you just didn’t need any more.”