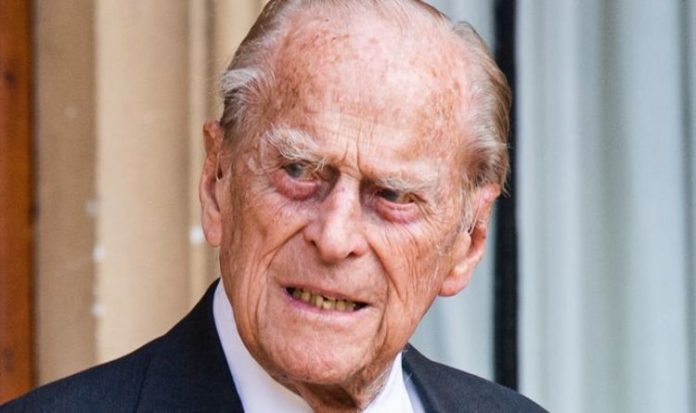 Prince Philip questioned Meghan Markle’s inability to leave behind her private life in order to throw her full support behind the Royal Family, according to biographer Ingrid Seward. The Duke of Edinburgh gave up his naval career as soon as the Queen ascended the throne in 1952, becoming one of her most vocal and reliable supporters. Ms Seward suggested the Duke was left “irritated” when the Duchess of Sussex failed to follow his example when joining the family in May 2018.

Speaking to Sky News, the royal author said: “I think he’s very, very disappointed because I think he feels he gave up his naval career in order to stand by the Queen and help the monarchy.

“As he used to say to Diana, this is not a popularity contest, this is all of us working together.

Ms Seward also claimed Prince Philip had not wanted to become involved in the talks about Prince Harry and Meghan Markle’s future the Queen organised in January.

The Duke and Duchess of Sussex announced at the start of the year their plans to step back from their royal careers to becoming financially independent.

Her Majesty called back Prince Charles and Prince William back to the Sandringham Estate from London to thrash out the role Harry and Meghan would play in the future.

But Ms Seward said: “Of course, it irritates him hugely. And when they had the Sandringham Summit, Prince Philip was seen leaving the house very swiftly before they all arrived.

“Time will tell if that will need to happen and if it could potentially impact what they do and when.

“But they are all eager to get back to spend time with Harry’s family and for Archie to see his great-grandmother and great-grandfather in particular.”

The couple were due to join the Queen and Prince Philip at Balmoral for the summer holidays but the plans had to be shelved because of the pandemic.

The introduction of the rule of six across the UK also sparked concerns about Her Majesty being unable to spend the Christmas holidays with the family, as only six people are currently allowed to meet together indoors to limit the spread of the virus.