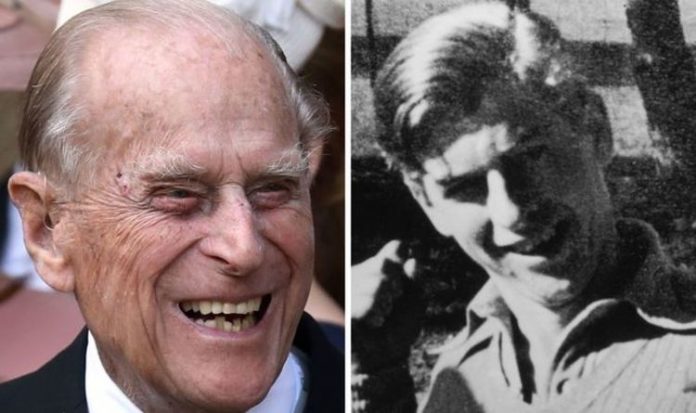 The Duke of Edinburgh has been admitted to hospital “as a precaution”, Buckingham Palace has said. Philip, 99, was taken to London’s King Edward VII Hospital after feeling unwell for a few days, according to reports. It is unrelated to coronavirus, a source told the BBC.

They said the Duke was in “good spirits” and is expected to remain in hospital for a few days of observation and rest.

Philip has been an integral part of the Firm, supporting the Queen throughout her 69-year reign.

While Elizabeth grew up surrounded by the Royal Family and private tutors, Philip was “a relatively impoverished princeling, reared as a commoner, washed dishes, fired boilers, even played on a skittles team organised by the owner of a local pub”, according to an archive cover story of Time magazine from 1957.

Marking the occasion of the Queen’s first visit to the US since her coronation, the story credited Philip with modernising the family as a result of his “ordinary” upbringing.

Philip health: The Duke was admitted to hospital on Tuesday after ‘feeling unwell’ (Image: GETTY)

This is despite Philip himself having been born into Greek royalty.

He is the nephew of King Constantine of Greece and, in fact, a descendant of Queen Victoria – making him and Elizabeth second cousins once removed.

When Philip was just one years old, his father was exiled after being accused of treason following the Greco-Turkish War.

His family quickly fled to Paris, his mother later being admitted to a sanitarium in Germany.

Royal news: Philip’s family were forced to flee Greece when he was just one years old (Image: GETTY)

While his father lived with a girlfriend in Monte Carlo, Monaco, the young Philip was shipped off to England to be raised by his grandmother, later joining the military.

According to the 1957 article, he and Elizabeth met when she was 13.

The royal was said to have been “besotted” with him, never falling for another man despite Philip having a number of relationships while the pair grew up.

The Queen’s family were not sure about Philip to begin with.

Queen Mother: Philip is said to have had a hard time winning over the Royal Family (Image: GETTY)

Royal Family: Philip, the Queen and the inner Firm pictured together (Image: GETTY)

Their romance bloomed during and after World War 2.

On the continent, Greece had helped Nazi Germany in the war.

Elizabeth’s father, King George VI, worried that British opinion would turn against the Royal Family should the future monarch marry a man whose country was associated with an axis power.

He faced a separate task in getting the Queen Mother on side.

She was said to have perceived Philip as “the enemy” because she disliked vying with him for her daughter’s attention, according to the documentary, ‘The Private Lives of the Windsors’.

It claims that she was used to getting her own way and was resentful of being forced to let an outsider into her close circle, as Philip “challenged her authority as family matriarch”.

The Queen: Philip and Her Majesty have been able to spend more time together during the pandemic (Image: GETTY)

Having been married for more than 70 years, their professional lives have often meant that the pair spend long periods apart.

However, during the coronavirus pandemic, forced to isolate in their bubble, the two have spent more time than usual together.

On the couple’s 73rd wedding anniversary in November, Richard Fitzwilliams told Express.co.uk: “The relationship between the Queen and Prince Philip is one of the great royal romances.

“They can look back on a year of turmoil as the world has been hit by the COVID-19 pandemic but also one in which they have been able to spend a good deal of time together which has been a great bonus.