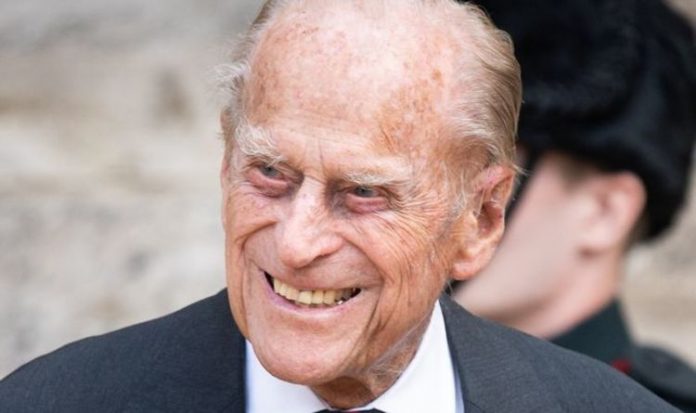 Prince Philip became increasingly involved in Prince William’s upbringing as he attempted to help the young prince and his brother Harry recover from their mother’s sudden death in 1997. According to royal commentator Isabelle Rivère, the Duke of Edinburgh suggested to the Queen key changes to the traditional approach used to prepare heirs to the throne for their future role as Prince of Wales. Speaking to France 2’s documentary “Prince Philip – At Her Majesty’s Service,” Ms Rivère said: “It was Philip who suggested to the Queen to invite their grandson to lunch once a week at Windsor Castle.

“And so the three of them would get lunch once a week and, at the end of the meal, Philip would slip away and leave Elizabeth to have a one-on-one meeting with William.

“For a long time, William was a little at odds with his future as a king, a future to which he had been forced since his birth.”

The French commentator suggested the meetings between Her Majesty and her grandson allowed William to come to terms with the pressure and burden he would face for the rest of his life.

Ms Rivère added: “In a sense, it was a very precious moment, this tete-a-tete with his grandmother that allowed William to reconcile with his destiny.”

JUST IN: Prince Harry attacked for ‘taking attention away’ from first Royal Family reunion in ages

Prince William has kept up with his training during the years and has demonstrated his commitment to the Royal Family and his grandmother by taking on an increasing number of duties.

And the Duke of Cambridge is also believed to have been instructed on how to handle the management of his father’s Duchy of Cornwall that is due to pass on to him once Prince Charles becomes king.

William began attending Palace meetings in 2018 to discuss the requirements of the huge managerial position he will be taking on in the coming years.

The Duchy was originally established in 1337 during the reign of Edward III and has slowly expanded to cover 21 counties across the southwest of England.

READ MORE: Fury as critics round on Queen for ‘breaking rules’ – ‘leave her alone’

Members of the Royal Family managed to reunite in a considerable group this week as the Queen welcomed Prince William and Kate, the Duchess of Cambridge to Berkshire at the end of their three-day tour of Britain.

Hosting a small celebration to thank local NHS staff, Her Majesty and the Cambridges were joined by Prince Charles and Camilla, the Duchess of Cornwall to show a united front.

Princess Anne, the Princess Royal and Prince Edward with Sophie, the Countess of Wessex also appeared with the Queen and the two senior royal couples to pay tribute to doctors, nurses, social carers and volunteers for their efforts during the coronavirus pandemic.