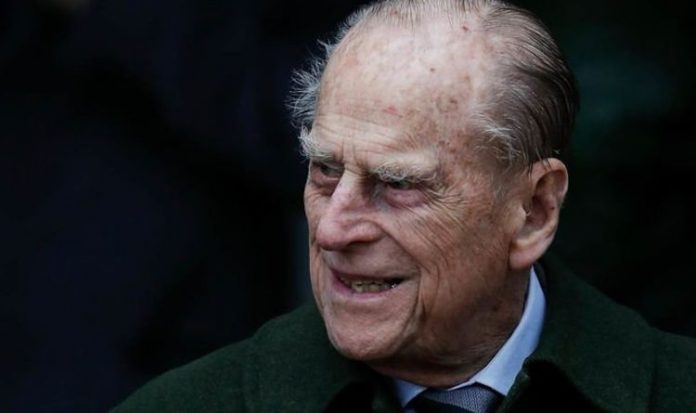 Philip was admitted to hospital on Tuesday after feeling unwell. He has since spent three nights in King Edward VII hospital in London, with no visitors allowed. Even the Queen has remained away due to strict Covid restrictions.

Journalist Nick Dixon told ITV’s Good Morning Britain today: “No new updates from Buckingham Palace just yet, but basically what they have been telling us over the last 24 hours or so is that he could be released from the hospital sometime from today.

“The doctor felt he just needed to come in for a wee bit of a rest and some checks.

“There will be no visitors to come in that we know of.

“The Queen is still over at Windsor Castle carrying on her duties as normal, self-isolating as well.”

Prince Philip was admitted to King Edward VII Hospital in London on Tuesday evening, as revealed by Buckingham Palace on Wednesday afternoon.

The official statement added: “The Duke’s admission is a precautionary measure, on the advice of His Royal Highness’s Doctor, after feeling unwell.

Royal sources have made it clear the Duke of Edinburgh’s hospitalisation was simply due to an abundance of precaution.

Prince Philip, they said, travelled from Windsor to London by car rather than by ambulance and entered the hospital walking unaided.

During his stay, the Duke of Edinburgh is not expected to receive any visitors, given the safety guidelines in place during the ongoing coronavirus pandemic.

Speaking about Philip’s time alone at the private hospital, a source told : “Everyone loves a visitor when they are feeling low in hospital but the Duke will be extremely stoic about it.

“He knows the nation is sending their thoughts and prayers.

“The Duke has been in HMS Bubble for almost a year so he is used to all kinds of restrictions.

“He has barely been able to see his family for the past year.

“He knows only too well people have been going through worse than him.”

Prince Philip and the Queen have been self-isolating at Windsor Castle for the most past of 2020 together with a handful of staffers on a strict three-weeks-on, three-weeks-off rota, which has been dubbed HMS Bubble.

While the Duke’s health appears to be stable and not a source of concern, his grandson Prince Harry is understood to be self-isolating at home with his wife Meghan Markle and son Archie to be ready to dash to Britain if Philip’s condition worsens.

The Duke of Sussex has already made arrangement to fly by private jet if needed and is being kept “regularly informed” of Philip’s health state, according to a source who spoke to the Daily Mirror.

The insider said: “Harry is of course concerned for his grandfather’s welfare and is being kept regularly informed on his condition.

“He has chosen to stay in case he is required to return to the UK at short notice.”

Meanwhile, the Queen remains at Windsor Castle, where she continues to carry out her day-to-day duties.

On Wednesday, she held a phone meeting with the First Sea Lord, Admiral Tony Radakin.