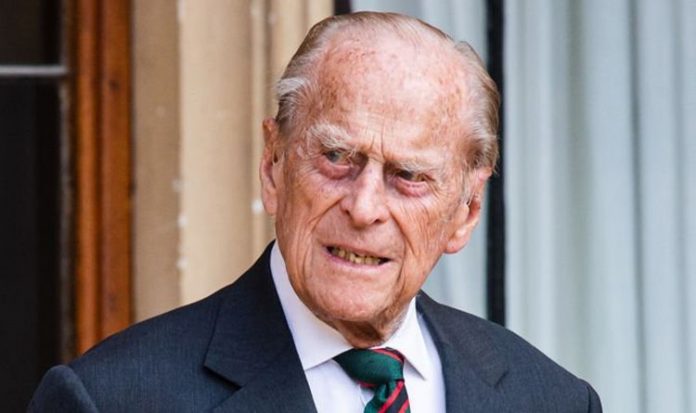 Prince Philip, 99, was transferred by ambulance to St Bartholomew’s Hospital in the City of London on Monday, having spent nearly two weeks at the private King Edward VII’s Hospital. The Duke of Edinburgh was visited by Prince Charles who travelled from his home in Gloucestershire for the visit. But Royal Editor Rebecca English has said Philip will “probably” not be visited by more family members.

Speaking to Palace Confidential on MailPlus, Ms English said: “When he didn’t come out at the weekend people started to get more worried particularly when they saw the Prince of Wales make a 200-mile round trip from Gloucestershire to visit him.

“He actually came out looking like he had tears in his eyes.”

She added: “Members of the Royal Family don’t tend to visit each other in hospital.

“That’s not because they don’t care but because they know a royal visit to hospital actually comes with quite a great deal of disruption.

“Obviously that’s something they don’t want at the best of times, let alone now.

“I think as long as he seems to be responding well to the treatment, probably not but never say never.

“If he does start getting a lot of visitors we would start to read something into that.”

Former press secretary to the Queen, Dickie Arbiter, has claimed that the Duke spoke to Charles about the future of the monarchy.

It comes as the Earl of Wessex said Philip is “a lot better” as it was announced the 99-year-old would spend several more days at King Edward VII’s hospital in central London.

Prince Edward said his father was “looking forward to getting out” and the family were keeping their “fingers crossed”.

The duke was admitted February 16 as a precautionary measure after feeling unwell, and walked into the building unaided.

At the time, Buckingham Palace did not disclose the reason for the duke’s admission to the private hospital, but have now revealed he is being treated for an infection and is “comfortable”.